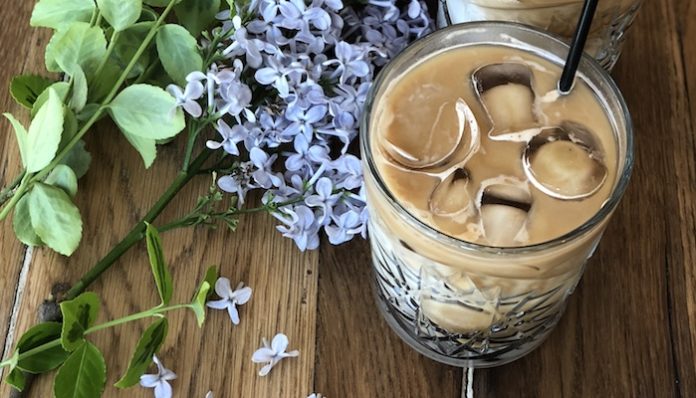 It’s safe to say that Frozen has definitely taken over the world yet again due to Frozen 2 finally being released. It’s dominated the box office for two weeks and has been a focal point of almost all black Friday sales and children’s wish lists. Throw in the arrival of Disney+ that has other Frozen content and you simply can’t let it go.

Even Starbucks is getting on this trend with a few new secret menu options available for customers. Totally The Bomb has helped create the perfect Frozen-inspired drinks for us all, and they are all surprisingly delicious and unique. Most importantly, they match each character from the films perfectly.

Start by ordering a White Chocolate Peppermint Frappuccino with 3 pumps white chocolate and 1 pump peppermint. Top it with whipped cream and sea salt. The drink is as cold as Elsa’s powers and as white as the snow she creates. So, if the cold doesn’t bother you either, give it a try.

This drink is broken down into two parts. The bottom half: Order a vanilla bean Frappuccino but ask to add blueberry and blackberry to make it a dark purple. The top half of the drink is a vanilla bean Frappuccino with just blueberry which turns it a lighter purple. Finish with whipped cream and a drizzle of blueberry infusion, and there you go! Anna is a complicated girl with so much brightness in a dark world. So the funky looking drink has the personality to match.

To build your own snowman in a cup, start by asking for a Vanilla Bean Frappuccino with white mocha drizzle. Next, add a Snowman Cake Pop to the side. (It’ll be an extra charge but it’s worth the price). Then, top it off with whipped cream and chocolate swirls. This Olaf-inspired drink is certainly like a warm hug in a cup, except… It’s not exactly a warm one.

Do you know what’s better than people? Frappuccinos based on reindeer. Order a Mocha Cinnamon Dolce Frappuccino (you can get it cream-based if you prefer, we don’t judge). Add Java Chips and finish it with whipped cream and cinnamon dolce sprinkles.

These secret menu items are a great way to celebrate the season and stay on-trend with pop culture. Plus, if you want to treat a little loved one in your life, there are plenty of non-coffee options you can substitute it with. Here’s hoping that Frozen 2 mania melts in January like the snow. But until then, enjoy these frosty drinks in your festive cups!