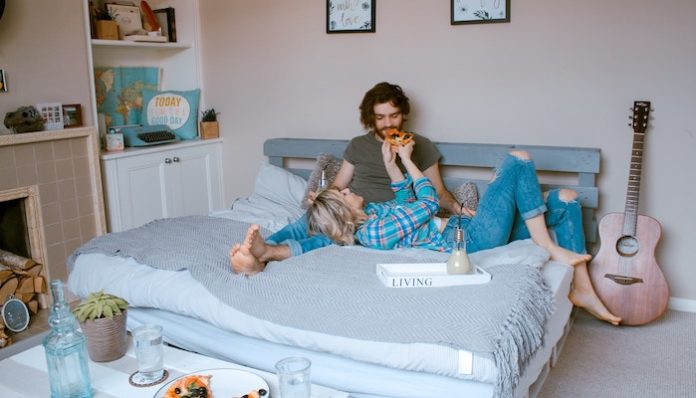 I have a confession to make: I am a 30 year-old-woman and I have never had a one night stand. I have never been the kind of woman who sleeps with a man just because he is charming or merely because of his looks.

Because of that, I have been called a prude, a goody-goody, or a stuck-up because I don’t sleep around and choose to wait before I get into bed with someone. But that doesn’t mean that I don’t want sex or that I don’t enjoy it. I love sex, but I like to take my time to bond with someone, and create a meaningful connection before getting physically intimate. First, I must feel comfortable with a person before deciding to do the naked dance in the sheets.

Thus, I used to think that I was just a hopeless romantic, but it turns out that I am demisexual.

According to Urban Dictionary, being a demisexual means not experiencing any sexual attraction to someone else until a greater bond is formed.

Long before I even learned what a demisexual was, I’ve always felt my sex life was different than other peoples’. Since I was in my early twenties and throughout college, I didn’t quite have the same interests as everyone else. Everyone was in their promiscuous state and sleeping with different people. However, I felt alienated when my friends talked about their dating lives and sexual adventures. I felt like I might be missing out on something or that there was something deeply wrong with me.

Now, I still feel out of place in the modern hookup culture. So many people don’t connect emotions with sexual attraction, which means casual sex, a one-night stand, or makeout sessions with complete strangers. But to me, all those things sound terrible. Moreover, my friends often tell me, “well, you are attractive, you could be getting all the dick you want”, but I am just not interested in sex with randos. It’s a foreign concept to them and they assume I just don’t enjoy sex.

However, being a demisexual doesn’t mean that I am not attracted to others or interested in romantic relationships. It simply means that while I might get aroused by physical touch, I won’t be fully turned on by this alone. That emotional part is integral to feeling sexual desire.

Getting to know someone on a deep emotional level and building a strong connection are what really get me going. I feel attraction after I get to know them and discover they like me for my intelligence and other traits. And not just for the way I look. Similarly, I feel aroused when I experience emotional intimacy with another person by sharing our stories and lives.

Most people think that demisexuals’ sex lives must be pretty lame. But let me tell you that it is far from the truth.

Most of our moments of sexual gratification come from self-pleasure, so we don’t see the necessity of another person. We can take care of our own needs.

But, when we do have sex with someone, it’s in pursuit of a deeper emotional bond. Waiting for sex and building an emotional bond helps us to better understand and appreciate our partner, bringing them satisfaction and pleasure. And that’s what should be the most important.