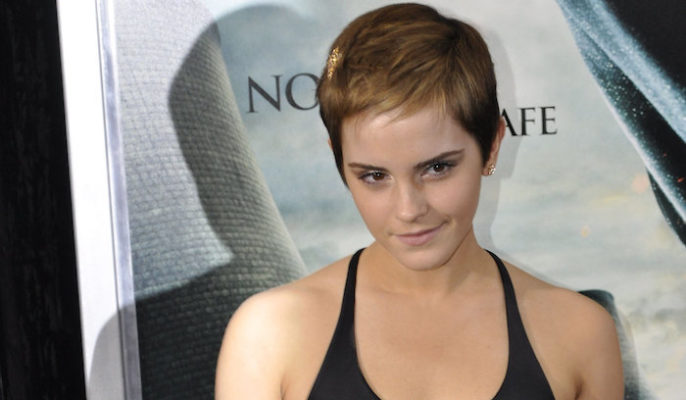 Attention to, as Beyonce says, all the single ladies: There’s a new relationship status in town!

In a recent interview with British Vogue, former Harry Potter and Little Women star Emma Watson discussed all things 30. “I had all these ideas [about what her life was supposed to look like at this age.] I was like, ‘Why does everyone make such a big fuss about turning 30? This is not a big deal.’ [But] cut to 29, and I’m like, ‘Oh my God, I feel so stressed and anxious.'”

Just like the rest of us, Watson feels pressure to settle down, tie the knot, and birth children. Our society places so much pressure on 20-something women, and it clearly even impacts the most successful celebrities. However, Watson says she now feels happy with her single lifestyle.

“I call it being self-partnered.”

Watson isn’t the only Millennial embracing the single life, either. In fact, Tinder surveyed 1,000 single people ages 18-25 last year and found that nearly three-fourths of them “made a conscious decision” to remain single for a period of time. That’s not to say that we’re not searching for romantic partners, though. It just means that many of us are waiting to find the right person.

Being self-partnered can now be defined as someone who has selectively chosen to be focused on the relationship they have within themselves instead of dating.

I think this movement to identify as self-partnered actually speaks to many aspects of the millennial lifestyle. For starters, we’re all focused on careers and finding success. Most of us in our 20’s and 30’s have also started placing an emphasis on our overall well-being and mental health. Furthermore, many women have started embracing their sexuality and independence in light of the #MeToo Movement.

Besides, who has time for the dating scene when you’re working your hustle anyway?

It looks like I’m not alone in my feelings surrounding this powerful new embrace of single life as self-partnered, either. Many Millennials are sharing their excitement over Watson’s amazing quote all over social media.

Of course, not everyone finds this new term as endearing as Watson meant for it to be (or they just find it hilarious).

Regardless of where you fall on the relationship spectrum, one thing’s for sure: Emma Watson is never afraid to speak her mind. It’s just another reason why I absolutely adore her only proves how much of a role model she continues to be throughout her career.

How do you feel about this new way to share your relationship status as self-partnered? Tell us all about it in the comments or on social media!

Sometimes Life Doesn’t Go Your Way, But You Have To Stay...