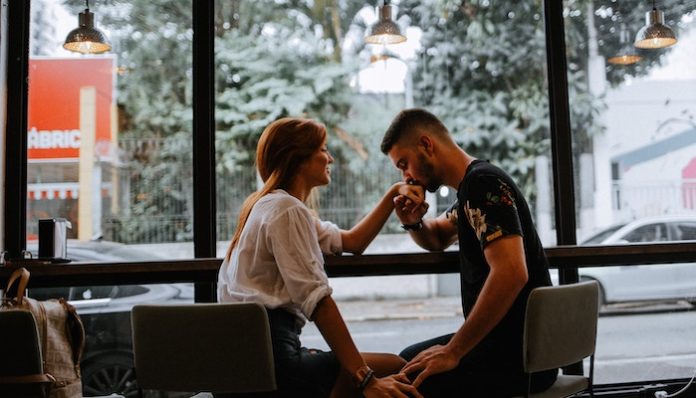 We’ve all met that guy. The guy who tells us how beautiful we are, how special we are, and how pretty our smile is. When he tells you these things, you want to believe him. But it just doesn’t feel right. Instead of feeling appreciated, it feels like a line they’ve been practicing in front of the mirror for the last 2 years. It seems rehearsed and perfect. Thus, it’s not specific to me. And that makes it all wrong.

So, here’s the secret: We, as women, want genuineness, not movie lines.

Personally, I would rather have a guy tell me something ridiculously weird but kind of cute that is specific to me as opposed to a well-rehearsed romantic line that feels generic.

Hence, I have kept a mental list of all the nice things that guys have told me over the years. Sometimes, they were romantic and sometimes they were just nice. I felt like I was being paid a compliment because they just wanted to say it.

So, this is a list of some of the best compliments I have ever received. If you are looking for something memorable to say to someone, feel free to steal one from here.

I am lucky enough to have some amazing men in my life. Hence, I have heard this multiple times from them. I remember every time it was said to me.

I was sitting at a bar with a friend and this guy walked up to us simply to tell me that he liked my hair. He was on his way out and didn’t stay to chat or attempt to hit on us, he just wanted to make sure I knew that he thought my hair was nice.

At work, I try to hide my emotions and it’s very difficult at times. Having a coworker of mine realize that there is actually a lot more to my “resting bitch face” meant a lot to me.

5. “Your demeanor is calming.”

There are times when someone you care about is going through a hard time and there is nothing you can do but be there for them. And that can feel like you’re not really helping, so it’s nice to know that sometimes just being a calming presence is enough.

Having someone recognize the small things about you, the things that you think go unnoticed. It’s a good feeling.

I have a tendency to forgive people, sometimes too easily. While that might be a bad thing at times, I would rather be too forgiving and give people second chances than judge people way too quickly.

8. “Your story is one the most important I have ever helped share.”

My friend and coworker said this to me when I decided to make a film about my struggles with anorexia.

I have never been that person who wanted to change the guy I was dating, but knowing that being with me makes them want to be the best version of themselves is pretty cool.

When I felt like my life was falling apart, my boyfriend (now husband) asked me this. And it was exactly what I needed to hear. Even though there was nothing he could do, I needed to know that I wasn’t alone.

I am a certified pastry chef, so honestly one of the best things is having that validated.

I take my coffee very seriously.

My wisdom tooth was infected, I was high on codeine, and incredibly miserable. I didn’t even know my left from my right, but he showed up.

One of the nicest things to be told by my husband’s friend when we were first dating.

While I don’t necessarily agree – it’s nice to hear.

I apparently have what is known as a resting bitch face. I became friends with someone who told me that I was much nicer than he expected me to be.

Someone asked me what time it was, and I stopped to answer while other people kept walking by.

A close friend said this to me, and it honestly meant the world to me. Sometimes I forget that I too deserve happiness.

19.  “Thank you for being so understanding.”

When I allowed some flexibility in the schedule of someone I was managing at work while his wife was traveling said this to me.

A family friend has told me this a few times in the past few weeks. I’m happier than I have been in a while, and it’s nice to know that it shows.

There is just something about those three words.

It’s nice to know that someone was thinking about you. Even if it was just to say hi.

While there are many other examples, these were the ones that really stuck with me. Sometimes we all need to be reminded that we are loved. Having someone notice you for the things that make you you is special. When someone compliments you and it melts your heart just a little bit, hold on to it. Even if it’s just a stranger being kind and telling you he likes your hair. It’s still nice to be appreciated.

Featured image from @relevantedesign via Unsplash.

Dating Is Harder When You Have A Chronic Disability: How To...

How Being A ‘People-Pleaser’ Can Lead To Trust Issues In Your...