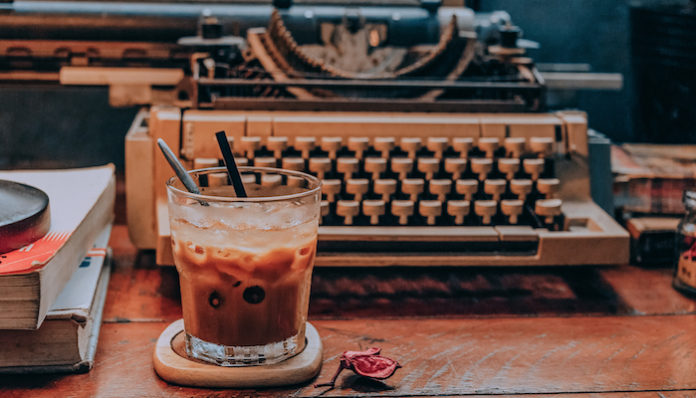 Most people usually attribute coffee’s magical, rejuvenating powers to its caffeine. However, even I, a consistent decaf drinker, would argue that iced coffee is the most incredible drink of all because of its life-affirming effects.

There’s something about holding an icy cup o’ joe that makes me feel like a 6-foot-tall CEO wearing a power suit, 5-inch heels, and a perfect manicure while earning a six-figure salary. However, I’m really wearing stained leggings. Oh, and I only make six figures when you include the digits after the decimal point.

Iced coffee brings out my inner productivity goddess, simply because it exists in my hand.

I always feel most productive when I’m carrying an iced cuppa. But am I actually more productive? Unfortunately, the overwhelming joy of feeling productive often prevents me from actually accomplishing tasks. I often feel like simply embodying the “coffee productivity aesthetic” eats up too much of my energy. This leaves me unable to actually produce any work.

But honestly, I don’t even care that I’m not working like a CEO when I drink iced coffee. The life-giving powers of my favorite caffeinated beverage are worth the dip in productivity. Oh, but did I mention what an incredible bonding experience you feel when snagging icy cups of coffee with a friend?

You may think that I’m exaggerating about my favorite drink’s magical powers, but honestly, I am all about romanticizing iced coffee. It’s cool, it’s delicious, and why shouldn’t I feel like an Amazonian power woman, even when I’m not working hard and chilling in sweats?

Previously Published on Megan Writes Everything