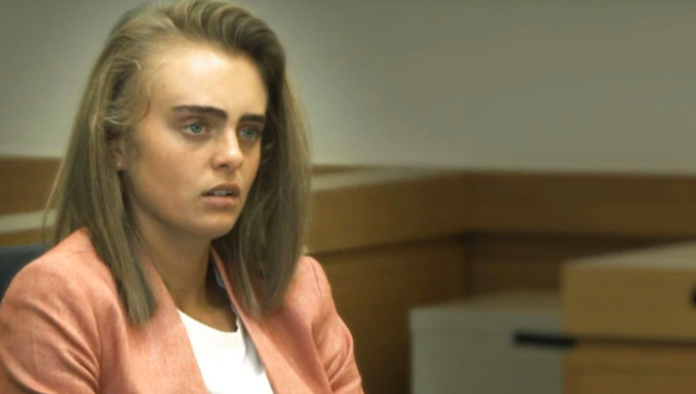 With the release of the new HBO documentary, “I Love You, Now Die,” I’m sure many of you have heard of Michelle Carter and Conrad Henri Roy III. If you haven’t, Roy died by suicide on July 13, 2014. The definition of suicide, according to the Merriam-Webster dictionary, is as follows: the act or an instance of taking one’s own life voluntarily and intentionally. Roy’s death was ruled a suicide from the beginning. That should be the end of that. Right?

Michelle Carter, Roy’s then-17-year old girlfriend, has been charged with involuntary manslaughter for his death and is currently serving time in the Bristol County Jail. This is mainly due to text messages with the victim. However, for many reasons, it is my belief that this is wrongful imprisonment.

Stay tuned, everyone. I know this is a controversial subject, but try to hear me out. I’m a 25-year old journalism student who also happens to live with bipolar 2 and anxiety. I’ve been in and out of inpatient, residential, and outpatient programs, and thankfully I’m finally doing well. I’ve struggled with mental illness for many years and I’m thankful to say that I’m finally doing well. I’m no longer actively suicidal. If it can happen to me it can happen to you. Anyway, back to the point.

Roy was severely depressed and suicidal from a young age. He had attempted suicide on four separate occasions before his tragic death. It is undeniable that his death was a tragedy. I’m not arguing otherwise. However, I am arguing that his death isn’t beyond a reasonable doubt the direct result of his relationship and interactions with Carter.

Carter herself had her own slew of mental health issues. She had an eating disorder, had almost attempted suicide, was socially isolated and craved validation. She experienced delusions about her relationships with others as well as a fear of abandonment. One could argue that fear of abandonment and social isolation was a big factor in her life — as well as her mental illness.

Roy, her boyfriend, had texted her one night that, “The only way I’d hate you is if you told people about this [his suicidality].” Don’t you think, as someone with a mental illness who fears abandonment, this would prevent her from doing anything to jeopardize their relationship? This could explain why Carter never reached out to Roy’s parents or the police or anyone who could help Roy. She didn’t want to lose a person she thought was the love of her life, as she had lost many others.

Since when do we, as a society, think it is OK to pick and choose whose mental illness we validate?

Both of them were adolescents who struggled with their mental health. Both were not well. Why are we choosing to vilify Carter, when she too was suffering immensely? That doesn’t seem like something our community should condone.

In previous text messages with Roy before the day of his death, Carter expressed how she truly believed that his suicide would get him to heaven, and he would finally be happy. I am not arguing that this is right. Only from a delusional state of mind is it within the realm of reality to truly believe that theory. I believe Carter wasn’t a heartless witch who wanted attention. Instead, she truly believed she was helping Roy reach eternal happiness in the only way she knew how.

Regardless of all of this, the fact of the whole case, the sole “fact” that led to Carter’s conviction of involuntary manslaughter, is a phone call Roy made to Carter while he was dying. The story alleges that Carter told him to get back into the car after he got out due to his fear. However, there is only a record that Carter and Roy corresponded on the phone. There isn’t proof this occurred.

Carter has been struggling with mental illness and has been suicidal in the past. Due to this, many people commented on articles regarding her and even yelled at her when she was entering the courtroom outlandish and vile things such as, “Kill yourself!” If Carter, an equally as vulnerable and sick young adult, should ever die by suicide, should we retroactively charge every single person who said such venomous statements to Carter with involuntary manslaughter as well?

I am in no way justifying Michelle Carter’s actions. They were wrong. However, I believe she was a troubled person, just as Roy was. I believe what Carter needs is help. Not imprisonment.

Featured image via HBO’s I Love You Now Die

Why You Should Go On A Date At A Casino

This Valentine’s Day, I’m Grateful For My Girls