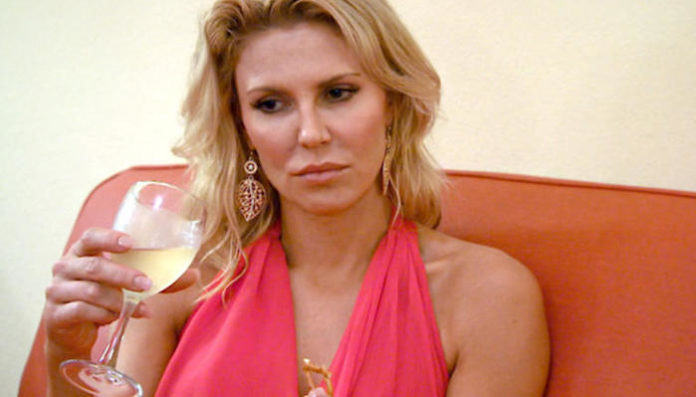 I will be the first to admit that I am the biggest fan of reality television. I’ve written about it on countless occasions (here, here and here) and I always find a way to incorporate a reference into my everyday life. It’s become a part of me, whether you like it or not.

One common trend among reality shows featuring a majority of women as the cast (Real Housewives, Love & Hip Hop) is that they have a penchant for drinking wine. They drink it at all hours of the day, at almost every meal and they have no shame about it. Most of them have come up with a way to monetize their love for wine by creating their own brands (Ramona Pinot anyone?)

If there is one thing that drives me crazy it’s how much wine they actually waste. Wine is not like water. I also have to assume that the wine they’re drinking is not cheap or “house wine” as it’s offered on the menu. When I get mad at my friends, I don’t toss a glass of wine at them, mainly because it’s sacrilegious to waste food or liquor, but also because I’m not a deranged zoo animal.

In my almost two decades-plus experience watching reality television, it’s only been within the past 10 years or so that cast members have resorted to tossing wine in one another’s face to get their point across or to get more airtime.

For starters, there is the infamous Lisa Rinna/Kim Richards argument from The Real Housewives of Beverly Hills. While we don’t know if these ladies were inebriated prior to the altercation (seen below) the fact that Lisa got all gangster, stood up, cracked a wine glass and threatened another person is beyond insane. That wine glass did nothing to you. Leave the wine out of it. Throw a plate, a napkin, but don’t waste the wine.

One of the most infamous, and vicious displays of wasting wine comes from Love & Hip Hop New York in season two. Erica Mena and Kimbella showed no love lost between one another and why production gave them legitimate wine glasses is beyond me (although they’ve learned to give them plastic in later seasons). These women hurled more wine at each other than they did insults and it’s quite a shame. That wine wanted to be enjoyed on a nice spring/summer day in New York. It had no place being all over the floor or soaked in someone’s wig.

Personally, the most iconic and egregious wine toss goes to Tamra Judge from The Real Housewives of Orange County. In season 5, she was beefing with Jeanna Keough because of some not so friendly things Jeanna said about Tamra in the press. At an end of season party, Tamra (god bless her soul) decided she was going to waste a pretty large glass of red wine on her enemy because her cease and desist letter wasn’t enough. In my opinion, wasting red wine is also worse than wasting white wine, because that red wine stains everywhere.

So please, to all the women of reality television, before you get super angry and go all Hulk on your mortal enemy and toss another glass of wine, think twice. That wine would be much more helpful if you drank it to calm you than on someone else. Throwing drinks is never a good look, but on this National Wine Day, let’s honor all of the wine spilled by emotionally unstable reality stars.