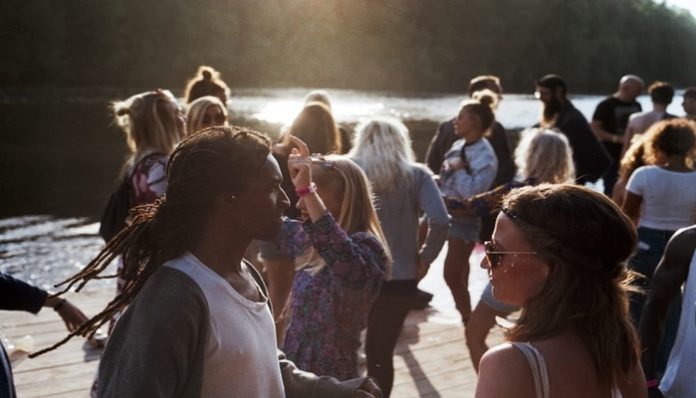 College is a place where you can find hundreds of unique stories – each of them interesting enough to make into movies. But there are plenty of college stories that we don’t usually get to hear, mostly because they are too embarrassing for those students to tell.

Here are four of the weirdest college stories I’ve heard:

1. Taking One For The Team

Sometimes, unusual t happen when you least expect them to. And unfortunately, that applies to champion footballers, too. One of the best footballers on the team sat out the first half of a game because the coach wanted to put him in during the more intense second half.

Sadly, though, the footballer’s bladder had a different plan for him that day.

Since the match was quite engaging from the very beginning, this unlucky teammate stood on the sidelines cheering on his team. When the second half kicked off, the footballer suddenly felt like he couldn’t hold his pee in any longer. The coach, who did not know about the mess that the football player had brewed, decided to put the star footballer in the game.

For the next thirty minutes, the footballer played naturally. However, after over an hour in the game, he collided with an opponent and peed his pants. Because everyone was sweating, nobody noticed that star player’s knickers were extra wet that day. But the players learned what had happened the hard way as they smelt something other than sweat when they bear-hugged him after they won the game.

2. The Ghost In The Botany Lab

Last year, just before final exams, somebody started a rumour that there was a ghost in the botany lab. Apparently, the beakers rattled on their own, and the fresh stock of orchid roots, which were  for the exam the next day, were almost entirely gone. In fact, many students stopped coming to the lab altogether after hearing spooky stories.

The lab assistant also found a weird smell in the lab, which made the rumour of a ghost all the more believable. However, someone from the college staff identified the distinct smell and figured out who the “ghost” wreaking havoc in the botany lab actually was…

As it turns out, the lab actually had a possum infestation. Since the possums slept allday inside the ceiling, people could not see them. However, they were active at night, which made people think that there was some sort of ghastly entity roaming through the botany lab. The staff informed the local animal rescue team of the infestation, and the rescue team found more than a dozen possums in the lab The college kept the infestation under wraps to avoid embarrassment and potential news headlines.

3. Brother From Another Mother

Over the years, I have heard a number of excuses from the students for not doing their assignments, especially the ones on APA referencing style. I have even found several copied assignment pairs. I like to confront the students who copy each other’s assignments, as they always make wild excuses in their defence.

Last month, I found out that two students in my class had submitted similar assignments. When I demanded an explanation, one of them said, “We are best friends, sir. We don’t just have similar interests, but our thoughts also match. I think we have a telepathic connection. That’s why our assignments also match, even though we hadn’t discussed anything about our papers.”

When the student noticed that I did not buy his story, he took his excuse to another level. He said, “Sir, if you don’t believe me, just watch this.” He just looked at his friend and said, “Let’s show him.” They both started uttering random words at the same time for nearly a minute. I knew that they had rehearsed their fakery before they came to class. Still, I couldn’t help but appreciate the effort they put into making their excuses sound real.

4. Giving Him A Taste Of His Own Medicine

Every class has that one person who lives for pulling pranks on the classmates and teacher alike. There was one student in the economics class who loved putting those fake rubber snakes in girls’ handbags. A girl once fainted after seeing a rubber snake in her bag, which amused many people.

The economics professor was quite angry about the rubber snake incident. Consequently, he decided to teach the prankster a lesson. Since no one revealed the trickster’s name to the faculty, they had to go through the CCTV footage to identify the culprit. The man behind the prank was then asked to come to the office. Not many people knew if anyone took disciplinary action against the student, but he ultimately stopped putting rubber snakes in girls’ handbags.

The econ professor went to the hearing and requested that the school expel the student. However, they gave the boy an unsavory task to complete instead. They asked the boy to go to the college storeroom, where the authorities had located a real cobra, and catch the snake. He was nervous, but he agreed to save his spot in college. However, when he encountered the cobra hissing at him, he fled the room as soon as he could.

As a matter of fact, There was no cobra in the room, and the hissing sound emanated from a remote Bluetooth speaker. The economics professor had actually staged the snake hunt in order to put the boy through the same horror that the girl felt because of the prank the boy pulled.  Needless to say, nobody tried to pull any pranks afterwards, especially not on the econ professor’s watch!

College isn’t just about tests and papers; it also breeds outlandish stories that students and professors alike will remember forever.

So don’t be afraid to create legends of your own on campus – as long as you remember to make sure that no one catches you!

What are some of the wildest things that have happened on your college campus?  Let us know in the comments!

5 Steps For Making The Most Heartwarming Christmas eCards