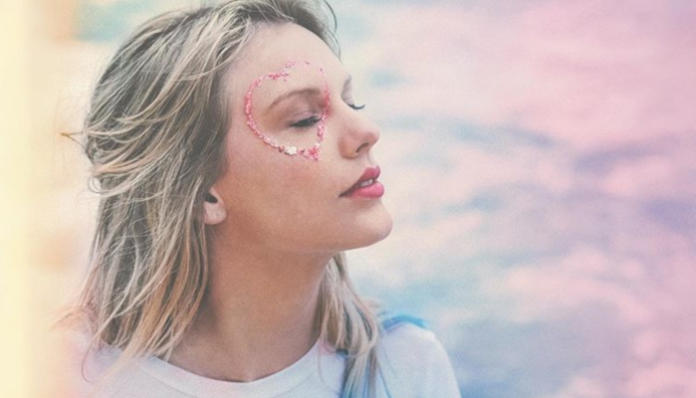 The wait is over as Taylor Swift’s seventh studio album Lover is finally out! And if I’m being honest, this might be one of Taylor’s best albums yet.

Lover’s deluxe album comes equipped with 18 new songs for fans to fall in love with and none of them truly disappoint. I wish this album dropped sooner because of how bubbly, catchy, and summery (if that’s even a thing) it is. This would have made the best soundtrack for summer, similar to how the Happiness Begins album by the Jonas Brothers does. That’s probably the only album I think I could compare in terms of sound.

But her lyrics are a different story.

To say she wore her heart on her sleeve is an understatement as this is her noticeably most vulnerable record yet. And no, it’s not because her heartbreaking songs provide a peak into her pain. Actually, her declaration of love shows us a new side of Taylor.

Paper Rings is one of the most adorable songs I’ve ever heard because it talks about how much she loves someone (*cough* her boyfriend Joe Alwyn) that she wouldn’t care if he proposed with a paper ring and how she loves him for him. Meanwhile London Boy is obviously about her London lover Joe and how they accept each others’ cultures and love each other for who they are. She even used common British phrases such as “I fancy you” and “his best mate.”

Miss Americana & the Heartbreak Prince is another small town love story that reminds us of a modern day Mary’s Song set in a different era with a little bit of a high school memory. It’s very upbeat, catchy, and something you wouldn’t expect from her at this stage of her career, but I love it! And I Think He Knows is the perfect summary of the feeling you get when your crush finally realizes they like you or you realize you’re in love.

And of course, she still included those heartbreak anthems that people praise (and tease) her for.

My favorite Lover song by far is the opening track, I Forgot That You Existed. It’s poppy, spiteful, has quotable lyrics and really is the ultimate ‘f-you’ to your ex. I love how passive yet sassy it is! Whereas Death By a Thousand Cuts is slightly more somber with lyrics that will make you relate to any past relationship. It also reminded me of a dull and rainy fall day.

But if you though Taylor’s country roots are over, we saw a glimpse of it coming back on her duet with the Dixie Chicks for the song Soon You’ll Get Better.

The ballad is about her mother’s illness and has soft vocals partnered with banjo, fiddle and backing vocals by the Dixie Chicks- one of her favourite idols growing up. Be prepared to cry and feel chills, because it is emotional, beautiful and optimistic all in one.

Taylor successfully tackled any sensitive topics on this record, which actually turned out better than expected. The Man is a letter to the world defining her stance on the harsh criticism she faces as a woman and is a feminist anthem. Her powerful lyrics will definitely make an impact. And before you compare it to If I Were A Boy by Beyonce, don’t- this song actually has more depth than that. And obviously, You Need to Calm Down is the new LGTBQ anthem- but we already knew that.

There’s giddiness, sadness, bravery and resilience in every song, and it’ll be hard to predict which songs will be released as singles, because they are all so damn good. Her lyrics reminded me of the Fearless and Speak Now because of how they tell a story. Her ability to create a mini movie in your head comes from her country roots and I’m thrilled it’s stayed with her throughout her journey in pop music.

Lover is a perfect evidence of Swifts versatility, vulnerability and talent as a song writer and artist. It’s her most unique album to date and proves that she makes her best work when she ignores the outside world.

The old Taylor might not be able to come to the phone right now ‘cuz she’s dead, but she dug herself out of that grave and has risen to kick some ass again!

Listen to the full album below: