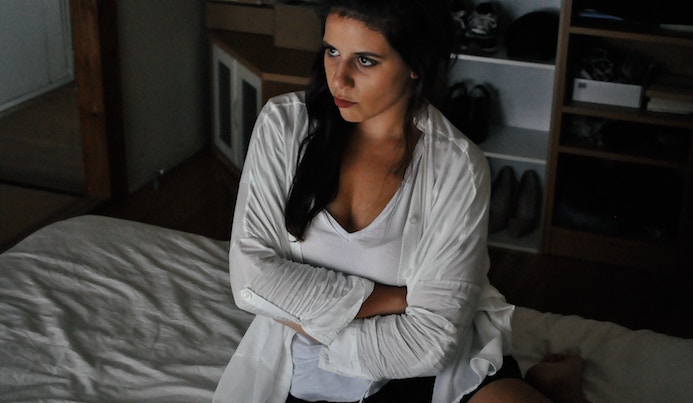 Having a SO is special. If you’re lucky enough to have one, you will learn a lot over the course of a long term relationship. Sometimes this can involve revealing a more petty side of yourself or seeing the unflattering side of your partner. Usually, these disagreements are minor enough that they can be laughed off later on, but for some couples that isn’t always the case.

Recently, a thread on Reddit asking people what was the most ridiculous argument they’ve had with their significant became popular. We picked out the 14 best responses for your own enjoyment!

“A few months ago, my SO brought home four breakfast burritos, two for each of us. He ate both of his by the time I’d finished my first one, and I told him that I might not finish my second one and he could have whatever was left. He said ok and I started eating, but it was really good and I ended up finishing it. Immediately after he realized that I ate the whole thing, he got mad and said: “I thought you were going to save me some?” That started a fight that lasted the whole day over what the word ‘might’ means. We joke about it now and anytime one of us says “might” (or “maybe”) the other asks them to clarify if that is a ‘real might’ or a ‘burrito might’”. – Daimiensmama

“Who brought which tweezers into the relationship when we finally moved in together. She claimed that mine, with its superior hair gripping ability, was the one she brought. WRONG!” –  eastern_shoreman

“OKAY. When we first started dating, I would hang out at his house with his two roommates and I would sleep over. One night, everyone was hanging out and one roommate was smoking and drinking. I’m all about it; live your life. He was a good person and a functional member of society. All is well. Well. The next morning I’m in my boyfriend’s room and I hear his roommate saying that I ate his last chocolate donut. Now let me stress this. I DIDN’T EAT THIS FUCKING DONUT. I DON’T EVEN LIKE THEM. Then, I hear my boyfriend agree and say that maybe I did. I DID NOT. And even if I did, I’m such a good person that I would have gotten him another box if I finished them. BUT I DIDN’T. To this day three years later, my boyfriend says he “believes me.” But I know he doesn’t. He thinks I ate the donut. I resent him for this. Because I didn’t. Eat. The. Donut.” – Banna69

5. How to Pronounce “Celery”

“My husband pronounces celery (the vegetable) like “salary” (yearly wage). It drives me insane”. – MrsKendrickson

“I had an ex argue with me “over which would weigh more, a pound of bricks or a pound of feathers.” We went back and forth forever while I tried to explain it to her. It did not help when her mother chimed in with “what about a pound of wet feathers?!” The apple does not fall far from the tree”.  – Djlionking

“When she sent me very angrily and explicitly worded text messages after I was tagged in a photo with a young blonde woman. She lost her shit straight away claiming I was cheating on her and that she hates me. Now, here comes the funny part, the blonde woman was my niece, and we were at my nephew’s wedding. Didn’t even get an apology”. – GiveMeYourUpvotesPlz

“When my wife was pregnant and a few days from giving birth, she went off on me for not eating breakfast. Like, tears streaming down her face and sobbing because by not eating a healthy breakfast I’d be setting a bad example for our kids. She got into the car and drove away to go to work, then turned around and came back to yell at me some more. I totally blame the hormone changes because she’s never done anything like that before or since”. – BighouseJD

“Why I sneeze so loud and should be able to quiet my sneezes. It’s very painful for me to sneeze the way I do and I can’t control it. So he went on this rant about being able to control ourselves. It’s funny now so when I sneeze, he just yells “control yourself, woman“. My sneezing is annoying I have to admit”. – lowflyingcheeks

“There was a lot of pent up anger between us and the straw that broke the camels back was ordering me the wrong food on purpose. Not my proudest moment but the food may have ended up on his windshield”. – Melittleknapp

12. She wanted to be wrong together

I’m not gonna go into detail, but my girlfriend did something that was CLEARLY wrong and she knew it was wrong and everybody involved knew it was wrong. But she somehow got upset at me for not taking her side in the heat of it all. She wanted me to be wrong with her. – Velour_manure

“Cheese is the only vegetable that can claim a spot on the periodic table. I am a business owner, she is a Ph.D. relationship psychology student… For the record, I feel like we still haven’t settled this argument which happened about 2 weeks ago, but the elephant can’t hide in the room forever”. – flabkingpro

“We fought over a fork one day. I was eating, and instead of grabbing another fork from the drawer, she kept taking my fork between bites, and it annoyed me. We still look back on it and laugh, and have even joked about getting no fork tattoos”. – Cronidor