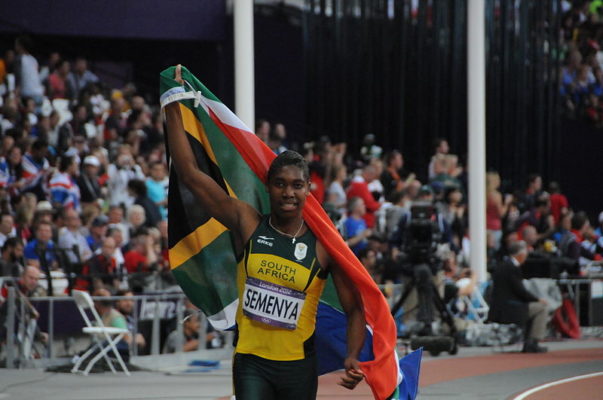 Someone recently labelled me a “handmaiden” because I called them out for cruelly comparing transgender identities to inanimate objects and mythical creatures. If you suggest that I’m complacent in my own oppression, that’s a slur. I firmly believe that I should call out the Vagina Keepers’ hypocrisy.

As I learn to be an ally, the terminology overwhelms me, the science confuses me, and the history intrigues me.

As a millennial, though, the horrible ways we treat the trans and intersex communities dumbfounds me.

Nobody seems surprised when these transgressions come from those who hold right-wing or religious ideals. But it startles me how many leftists, liberals, and feminists collaborate and hinder the progression of equal rights.

Many fight to secure the rights of the gay community by adding rainbow filters and LGBTQI hashtags to support equality for those of all sexes, genders, and sexual orientations. They decry the social straitjacket of gender conformity and savagely defend their right to live for more than what’s between their legs!

However, when it comes to the nitty-gritty of introducing policies and strategies to ensure protection from these breaches of human rights, most people reveal their biases and exclusionary beliefs.

During the public restroom debate, many people claimed that psychological comfort didn’t matter, but personal safety did. They believed that allowing transgender individuals to use restrooms that aligned with their identities impeded on cisgender women’s rights. However, this claim assumes that all trans women are aggressive, domineering men, just because of their birth sex.

Furthermore, although most people consider genitals to be the biological identifier of who’s male and who’s female, scientists discovered that gender isn’t so black and white.

Scientists discovered that the SRY gene, which is responsible for triggering the foetus to develop as male, can sometimes reside in an atypical place or behave abnormally. These anomalies can lead to a foetus with female genetic markers but male physiology (or vice versa). Eventually, competitive sports organizations finally ended mandatory testing for athletes, but measure testosterone levels when individual cases arise.

Medal-winning athlete, Caster Semenya, is one such case.

After undergoing gender verification tests, Semenya discovered that differences in her sexual development caused her to naturally produce higher levels of testosterone. While the IAAF cleared Semenya to compete again, the organization changed its rules after the 2016 Olympics. The new ruling requires that competitive runners take medication to reduce their testosterone levels. This medication is unnecessary, though, and Semenya has every right to legally oppose this absurd regulation.

Paula Radcliffe and other Vagina Keepers worry that removing this gender verification test will ultimately kill female sports. They believe it will allow MtF transgender individuals to compete without lowering their testosterone production. However, if we don’t support Semenya and similar athletes, we unwittingly rewrap the arms of the gender conformity straitjacket.

Radcliffe asserts that “not having to deal with periods [and] not having to worry about…  your menstrual cycle [during] competitions” are already unfair advantages. So, does that mean we should also eliminate menopausal women or women who undergo hysterectomies from competitive sports?

Why are we more concerned about the fairness of winning a medal than the injustices placed on females that exclude trans athletes?

Radcliffe worries both as an athlete and a mother, but as a mum myself, I worry, too. Not because people are still climbing out of that rainbow closet, though. I worry because people still wait with checklists and straitjackets, pushing for conformity everywhere we turn.

10 Reasons You Should Never Consider Ghosting Someone