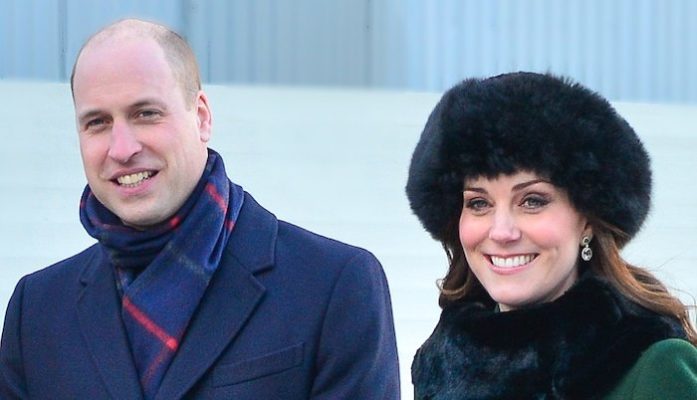 As if the Royal Family has been consistently in the news upon the arrival of baby “Sussex” (aka the baby of the Duke and Duchess of Sussex, Harry and Meghan), these new rumors are sure to take over tabloids any time now.

In Touch magazine is reporting that the Duke of Cambridge (aka Prince William) has had an affair while Kate was pregnant with their third child, Prince Louis.

The mainstream outlet claims that Wills cheated with their neighbor and close friend of many years, Rose Handbury.

This news comes just a few weeks after news tabloids broke the story that Will and Kate were having a huge fallout with Rose and her husband. British media has even dubbed the Handburys “Royal Rivals.”

Since the initial news of their royal rumble broke, the aristocratic neighbours have changed locations temporarily. They seem to be out of the spotlight while the world tries to figure out what happened.

In Touch quotes a source who says Kate “immediately confronted” William. Apparently, he “just laughed it off saying there was nothing to it.”

The media outlet states that despite William’s denials, Kate ordered William to stop socializing with the couple. Hence why they became distant over the past while and why the rumours of a feud became so prominent in the news over the past few weeks.

“Kate sees their friendship in an entirely different light now,” In Touch’s source says. Apparently her trust in William hasn’t been the same.

The same source says that despite the Royal couple seeming to be picture perfect on the outside, they in fact have similar struggles of any relationship. They also claim there is no question of the couple splitting.

Obviously the Palace is in an uproar because since the news of the scandal has been released they have become more intense in their efforts of preventing negative media.

Kensington Palace has not commented yet on the story, but they have began threatening legal action on those who have been reporting it. One British tabloid has already received the legal threats after they published the story based on similar claims. This is something they never, ever do.

While I totally believe that this is not the most reliable source for accurate information and that their credibility is weak; I do feel that based on the fact that the Royal Family is seeking legal action when they’ve never made such a move before, proves they may be trying to cover their tracks.

Since the legal warning went public, not many British tabloids have been commenting on them in fear they too will be served. This tactic is to clearly prevent this news from spreading and it seems to be working. So clearly they are trying their hardest to protect the image of their picture perfect family and to protect their children’s privacy.

Duncan Larcombe, former royal editor of the Sun told The Daily Beast, “The use of a legal letter by William as a future king is very much a move of last resort. If the stories of Kate freezing Rose out are true then whatever caused the falling out must have been very serious.”

He adds, “While traditional, the British Royal family would not take specific legal action-the old saying was ‘never complain and never explain’- William and Harry are willing to do it in their own way.”

In the past week, they also separated their social media ties with Prince Harry and Meghan Markle. Perhaps Harry and Meghan separated themselves to avoid being near Kate when the news broke. Or maybe they moved out of Kensington Palace to simply start fresh. Regardless, the timing of this is all too relative.

If these rumors are true, which they very well might not be, I will be absolutely shocked. Will and Kate always seem on the same track in terms of goals, reputation, and mutual adoration.

He never seemed to be the type to be tempted or focused on anything other than his family and duties. Or at least that’s how he’s always been portrayed as in the media. Heck, even his father Prince Charles had an affair while married to Princess Diana, with his his now wife, Camila.

Sadly we’re going to have to wait this one out and we’ll keep you updated on the next drama in this fairy tale couples storybook.

10 Songs Lyrics You Need To Live By Everyday