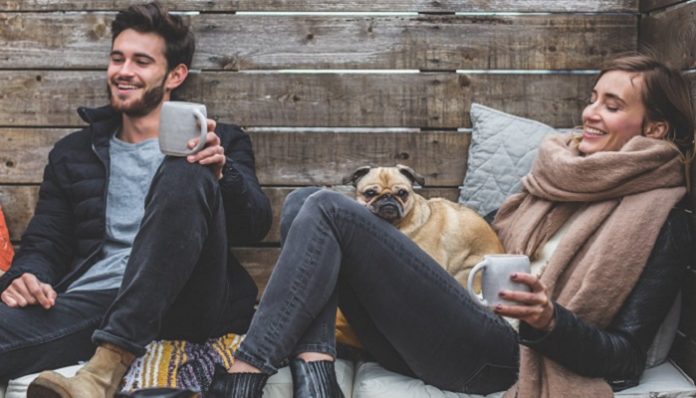 Historically, every relationship has always been a minefield. Even as we’ve evolved from excessive Victorian propriety to casual Tinder matches, there is still a set of rules — and deal-breakers — that are specific to the generation. I asked my millennial peers what would make them walk away from a relationship — here are their answers!

1. Not Being Woke Enough

The issues important for our society and the resulting crises are an ever-growing list. From catastrophic climate changes to human rights violations, millennials say they will not enter a relationship with an individual that is unaware of society’s problems.

With more than 7,000 chemicals in tobacco smoke, smoking is obviously terrible for you. Unfortunately, it affects more than just the smoker., The U.S. Surgeon General estimates that cohabitating with a smoker increases a nonsmoker’s chances of developing lung cancer by 20-30%. Those stats (and the awful breath!) ensure that fewer millennials are going in for a goodnight kiss if their crush is lighting up!

3. Political Differences In A Relationship

Conservative, liberal, and the moderates in between, many millennials say they would not date a person with significantly different political views. The current political climate is sensitive, to say the least, and snuggling up with your political opposite can ensure a divided and contentious house.

We all have a credit card or student loan debt, but significant debt or bad credit is increasingly becoming a deal-breaker in relationships. Very few millennials are willing to change their relationship status on Facebook for a person whose finances are in severe disarray. If your honey is receiving debt collection calls on the daily, millennials tend to say, “Bye, Felicia.”

5. Being Ignored On Social Media

It’s 2019 and social platforms like Instagram and Facebook are the places many of us go to share important details of our lives. So, if you’ve reached a relationship milestone or took a cute selfie together and the person you’re with makes no mention of it, it can be a big deal. Even more damning is if there’s no appearance of you on their social media whatsoever. Whatever the reason, not showing the love on the ‘gram can be a deal-breaker since it can mean that they’re trying to hide you.

6. They’re Still On Dating Apps While In A Relationship

If your single gal pals are sending you screenshots of your newest beau with an active status while they’re swiping right, big reg flag. When you enter an exclusive relationship, both individuals need to delete their dating apps and profiles. Millennials will not tolerate it otherwise.

There’s a lot that fits under this umbrella. From phone calls (yes, some of us still talk on the phone!) to texts to snaps – we converse in so many ways. You can’t get by with a vague emoji or one-word answers, or take days to reply. Eschewing basic etiquette and not replying in a timely manner is a sign of disrespect, which is a big no-no for millennials.

Speaking of communication, being on your phone while you’re spending time with someone is beyond rude. This extends to watching the TV in the bar while out for dinner and playing video games when you’re supposed to be asking about their day. Focus on your date and not the screen!

Wanna buy a taco truck? Want to win a taco eating contest? Wanna move to Arizona and become a taco farmer? Millennials don’t care as long as you’re doing something. As a generation, they are notorious for main jobs plus side hustles. So, not having ambition or worse, being apathetic about your future, means it’s a #dealbreaker. But seriously, can we make taco farming a thing?

Boy meets girl. Girl likes boy. Boy strings girl along due to boredom or a desire to play the field. Cue Hollywood, we’re casting this film now. Millennials are big kids; they can handle if someone isn’t into us or wants to keep things casual. What they don’t tolerate is being ghosted or breadcrumbed. It’s a deal-breaker before the relationship even starts.

Millennials are a generation that knows what they want (avocado toast?) and don’t want to waste their time on things that don’t serve us.

What are your relationship deal breakers as a millennial? Let us know in the comments!