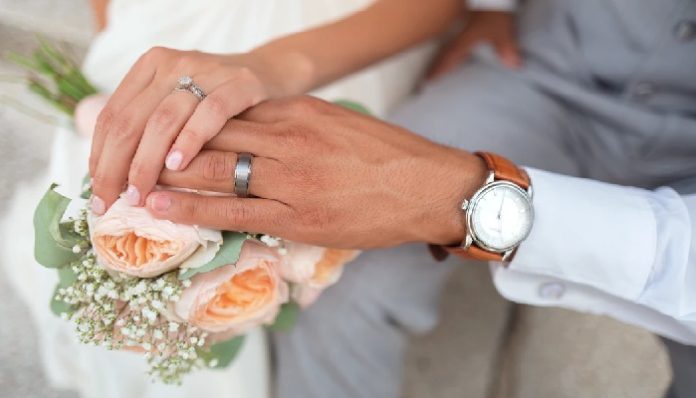 Married names, like the institution of marriage itself, are not what they used to be. Once upon a time, it was just customary for a bride to take her groom’s last name as her own. The act of keeping her own name was considered taboo and people’s eyebrows would raise right off their faces when they found out that the bride was even considering something so radical. However, more and more women are deciding to keep their names.

Deciding to keep one’s maiden name, hyphenate, or take their husband’s last name is a hard decision to make. As women, we’ve heard all about what we’re supposed to do. Whether or not it came directly from our parents, someone told us that taking a man’s last name demonstrates that we’re committed to our marriage. It’s the best thing for our children because everyone knows that a child should have his or her father’s last name.

The movement to keep maiden names began in the 1850’s in Massachusetts, when a suffragette named Lucy Stone decided to keep her name when she married. It was not until the 1070’s that the feminism movement brought a resurgence of interest to the issue. Almost all women at that time, including highly educated career women, changed their names to their husband’s when they married.

Now that women marry later, and live more of their adult life with their maiden names, it can feel unnatural to assume another name, even for women who do not consider themselves feminists. Women are more likely to keep their names if they are older, not religious, have children from a previous marriage, or have an advanced degree and established career. Once you have “made a name for yourself” in the world, it becomes more complicated, and even professionally damaging, to change it. For some, if they take their husband’s last name, they feel like part of their identity is gone.

There are a lot of reasons to want to keep your own name. A woman automatically sacrificing her name to take a man’s is starting to look more outdated than ever. We can embrace a modern vision of family where individuals form social and legal bonds out of love and loyalty, instead of defining family as a group coalesced under one male figurehead and a singular name.

In the late 1970’s and 1980’s, people began to make what seems to be an enlightened compromise: hyphenating their names. By using both last names, they appear to have created an equitable and serviceable solution for their families. This allows you to keep going by your own last name while legally adopting your husband’s surname at the same time. You can stay connected to accomplishments that you achieved before you got married. For example, many women who choose to hyphenate do so partially because they have earned higher educational degrees and certifications under their maiden names. They might have also had things published or publicized and want to stay connected to that identity. It helps you stay connected to your children whose names might not be hyphenated and who have been given your husband’s surname. It can help you bridge the gap between your personal and professional life.

The truth is, there is something unsatisfying about either the bride or groom giving up their name. On the flip side, when a woman takes her husband’s name, there is, in the creation of a family, a kind of comfortable and thrilling blending of identity. Changing your name creates a new, more authentic name to match the new, more authentic self. The name change would bind you into a family unit and make it easier to know what to write on the birth certificates if you have children. There is an argument that traditions are worth preserving. Even conservative women who have changed their last name have more egalitarian marriages than previous generations.

We’ve certainly heard that making the choice about deciding your last name sucks. Many of us spend hours weighing the options even before we’re engaged. My advice is to listen and reflect on your beliefs, feelings, and attitudes. You should listen to your heart and think about what feels right for you. Every woman’s decision is unique to their situations and you have the power to decide. Do not let society or others decide for you. You have the power to own the last name you choose.