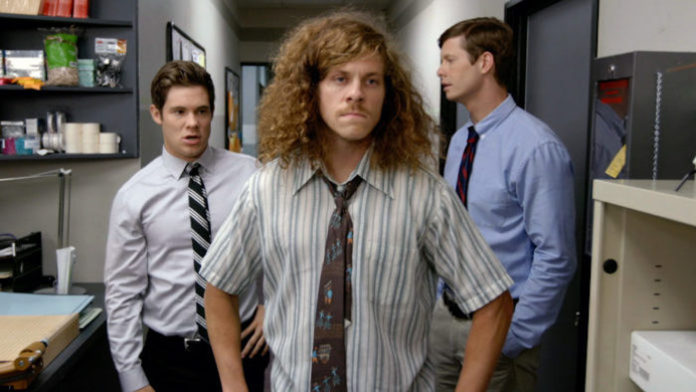 Today is National Slap Your Irritating Co-Workers Day. Now, I am not a violent person, but I think this day is pretty great. It’s a day to guiltlessly get revenge on those people at work that you have to put up with. You are powerless on all the other days of the year; but, this day, you can have some fun. 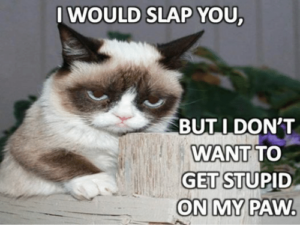 Here are the rules:

But, what is a slap?

Some may say that it is when an open hand strikes another object. I urge you to think outside of the box. To me, a slap doesn’t have an actual skin-on-skin sting. It can be metaphorical- karma, some may call it. I’d like to share with you some instances where karma got the better of some of my less-than-desirable coworkers.

The Guy Who Couldn’t Handle His Liquor

Once upon a time at a little restaurant in Beverly Hills, there was an obnoxious bartender with whom I had the displeasure to work. He was loud, brash and cocky. He’d get unreasonably angry when people didn’t sit at the bar, and yelled at me constantly for not seating people there, despite the fact that the customers preferred to sit at tables. Then, one day, I got to work and found out that he had been fired. Why? He had gotten drunk on the job and then fallen down smack on his face. KARMA SLAP!!

There is an absolute fool that I work with who sports a completely ridiculous handlebar moustache. He spends an unreasonable amount of time every day in the bathroom preening and primping that moustache with wax and his little moustache comb, which he prefers to keep in the refrigerator. Customers constantly complain about him, and he’s rude to his co-workers.

One day, he was sent on a break. After about 45 minutes, we all got very frustrated because he STILL wasn’t back and WHERE WAS HE? My manager went in the back to call him, only to hear pounding from within the bathroom and someone yelling “help!” Handlebar moustache fool had gotten trapped in the bathroom, and remained in there for two hours while we had to wait for a handyman to come and shave down the bottom of the door to let him out. We worked hard to contain our giggles. KARMA SLAP!!

The Guy Who Refused Fight Choreography

I was acting in a webseries and there was a part in the script where I had to slap the lead actor across the face. Since this actor was also the director, he said to me “slap me for real.” I said “no. That’s dangerous.” He said “it’ll be fine, don’t worry about it!” I said “I’m not comfortable slapping you for real.” He argued with me until he wore me down. I agreed to slap him for real, but I was NOT happy about it. We did some rehearsals where I pretended to slap him, and then it came time to do the real thing. The camera started rolling, he called action, I turned around and WHACK!!! I did not know my own strength- the sound reverberated around the room; my hand left raptor claw marks across his face; he started bleeding; he saw stars.

Here is the video of it. I must say that the best part of it is everybody else’s reactions.

Disclaimer: other than this one instance of ill-thought-out direction, he was a pleasure to work with. 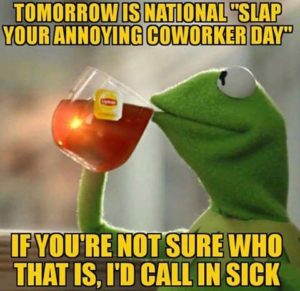 So, there you have it. May all of your obnoxious coworkers experience their own brand of slap, whether it be karmic or literal. A very happy Slap Your Irritating Co-Workers day to you!

Where’s The Heartbreak I’m Supposed To Feel After A Breakup?