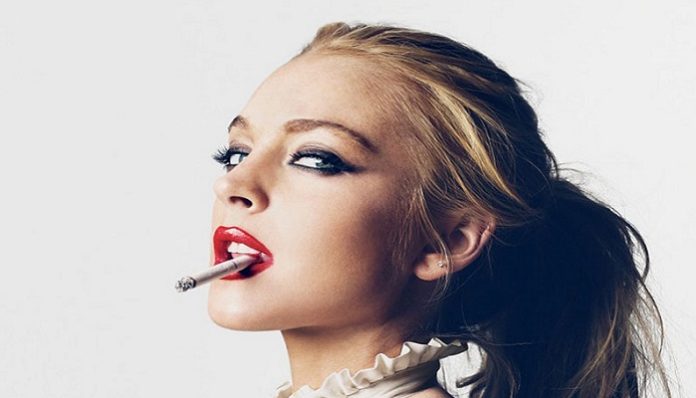 Last week, Twitter users were a little bit surprised and curious to see Lindsay Lohan trending on the social media platform. While some were afraid to look at first, others quickly poured themselves a glass of wine, got cozy, and eagerly watched as the drama unfolded before their eyes. Here are some funny tweets that sum up everybody’s shock when they found out exactly why Lindsay was trending again. Hint: We didn’t see this coming!

The actress-turned-fashion-designer-turned-businesswoman shocked her 6.9 million Instagram followers when she showed herself on the Live Feed trying to take refugee children away from their parents. According to her, the parents kidnapped the kids and were involved with child trafficking. So, as any other good Samaritan would, Lindsay put on her cape and decided to save the traumatized children.

In the video, which was later deleted, Lohan’s followers could see her approach the “homeless” family and identify them as “Syrian refugees.” At first, she tried to persuade the parents to let their children go to her hotel room to “watch television.”

When this failed, Lohan started following the family relentlessly.

what is happening… lindsay lohan tried to kidnap two refugee children because she thought the mom was trafficking her children she then was punched by the mother wow… pic.twitter.com/WYvchUqVNh

During the Live Feed, Lindsay can be heard talking in a mixture of Russian, English, and Arabic. Some Twitter users pointed out that the latter was a “bad” version of the language. Throughout the video, she kept reassuring the kids that everything would be OK and that she was not abandoning them. She said, “I won’t leave until I take you,” and “I’m with you, boys; don’t worry.”

Bewildered Instagram users commented, “Are they being taken? Or [are those] their parents?” Other users pointed out Lindsay’s mistake, saying that “Harassing [families] isn’t so nice.” But, the 32-year-old actress did not give up in her pursuit.

However, the children’s mother cut short Lohan’s attempts to “rescue” the children. Finally, the mother could not take it anymore and swiftly punched Lindsay, pushing her to the side. Lohan turned the video on herself, and users could see her crying on the ground, apparently in disbelief at the events that had just taken place.

So far, Lohan and her reps have not provided any explanation for her bizarre stunt on social media. Until she does, we can only wait and see what else happens. However, as she herself posted a while ago on Instagram, life is full of miracles, and we just need to notice them. Maybe, in some strange way, this was one of them.

Had A Bad First Time? Here Are 4 Ways To Improve...

3 Ways Reading Can Improve Your Life