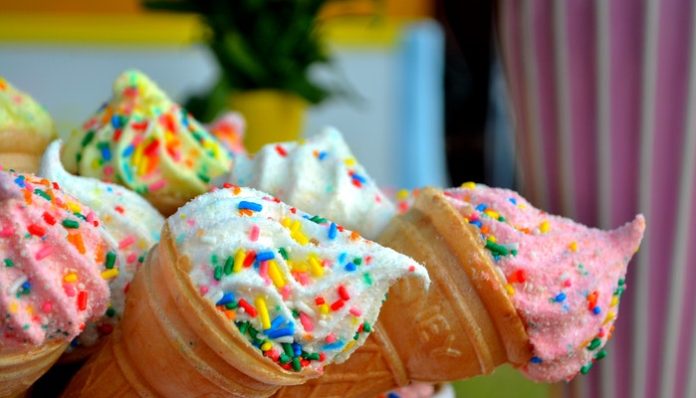 I work at the best ice cream shop in the world; a little place called Salt & Straw. 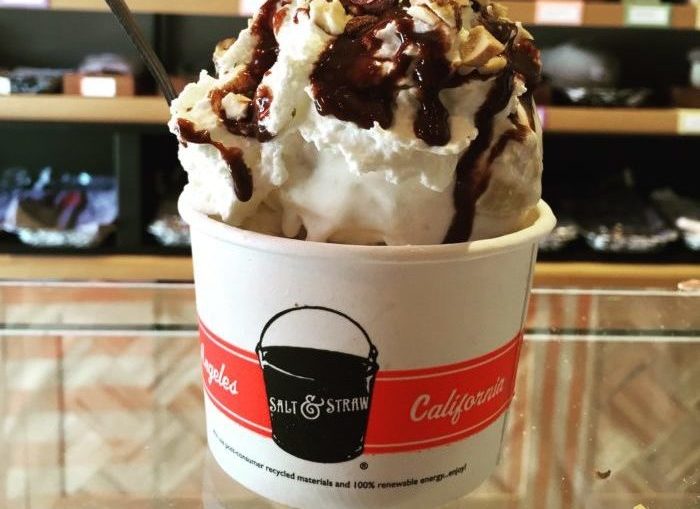 There is one major reason why I love it so much: we are treated well by our superiors. Like, really well. They actually care about us and they do a wonderful job of making it the best environment it can be. And the reason why they do that, aside from the fact that they’re decent human beings who care for our welfare, is that they know that if we’re happy, our customers will be happy. Our main goal at the shop is to make sure that each person leaves happier than they arrived. And that, to me, is a HUGE part of what life is about – lifting others up.

Because we are encouraged to be so personal with our customers, I’ve had some pretty special customer interactions. Since the main focus is pointed towards how our customers feel, it often has a reciprocal effect, and my day can be just as changed as theirs, if not more, for the better. Some customers even have gone so far as to change my life or way of thinking. Truly. And there is one customer I think about all the time, and I will never forget him.

He walked into the shop swathed in the bright, ethereal light of the sun. As he stepped forward to the counter, I greeted him and offered to help him with samples. The customer looked to be about middle-aged, but he had the joy and enthusiasm of a child. He was SO EXCITED to try the ice cream. I gave him about five or six samples, and he was so incredibly, avidly, zealously grateful for every sample I gave him that I was about forty percent amused, and sixty percent put-off.

I also noticed that his nose was dripping.

He didn’t seem to notice. To be perfectly honest, it was grossing me out. But I still continued on cheerfully with the conversation, giving him samples and chatting about the flavors, but trying not to stare at the mucus that was slowly oozing its way from the base of his nose down to his top lip.

I was just contemplating whether or not I should say something as another drop was threatening to fall from the tip of his nose onto the front of his shirt, when he pulled a crumpled tissue from his pocket, dabbed it away, and said “sorry, my nose keeps dripping. I’m going through chemotherapy right now, and that’s one of the side effects.”

I gently inquired about the cancer, since I was curious and he seemed open about it. He told me that it was his second time battling, that his body was responding better to the treatments this time around, and then he casually sprinkled in the fact that it was stage four. He then apologized for burdening me with the information, saying that he didn’t know why he told me this, since he usually doesn’t tell people that information. I told him that I was glad he shared his story with me.

I took him to the register and as he pulled out his wallet, I told him that his ice cream was on me. Because, I was so grateful to him for talking to me. He was shocked at first, and then swooped me into a big bear hug, thanking me for making his day.

“I know that I shouldn’t be happy at this time in my life, but, for some reason, I’ve never been happier. I feel so free.”

I’ll never forget those words he told me.

I’ll also remember to never make assumptions about someone who has a runny nose, an unusual amount of enthusiasm, or any other kind of unexplained idiosyncrasy.

Featured image via Photo by Calebe Miranda from Pexels

I’m Done Pretending Like I Don’t Care That You Broke My...