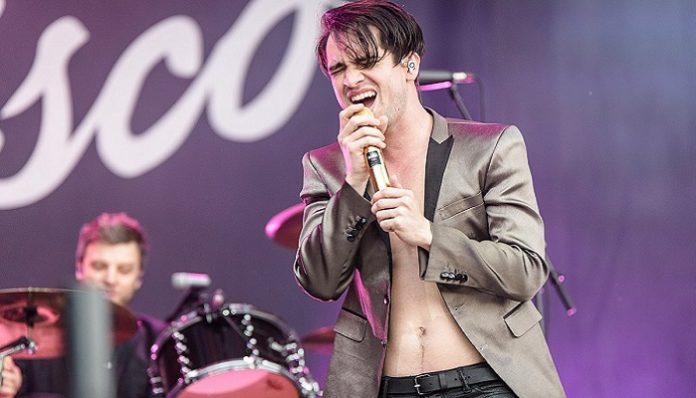 Brendon Urie, frontman of Panic! At the Disco announced he has launched a non-profit human rights organization. It’ll focus on “communities subject to discrimination or abuse on the basis of gender, race, religion, sexual orientation and gender identity.”

Highest Hopes Foundation will receive $1 from every US ticket sold for Panic! At the Disco’s Pray For the Wicked tour dates. “Pray for the Wicked” is Panic’s sixth studio album and was released on June 22nd with the tour following closely on its heels.

In a statement released to the public he said, “For years my fans have inspired me with their determination and creativity as they have created a safe and inclusive community. I felt the time had come for me to join them boldly, to bring that energy and power to bear on the huge challenges facing our whole society.”

Urie is the only remaining member of the original band, as all the previous members have left sporadically through the years, and is currently accompanied by a touring live band for all live events.

He’s also made headlines a lot in the last few years, especially after famously joining the cast of the broadway production Kinky Boots in early 2017, and was pressured to quit the show after receiving hate from fans for “prancing around on stage in heels” and for doing broadway. While he doesn’t feel discouraged from doing broadway ever again, he does plan to produce an album with that kind of musical influence.

He’s also been in the news for sharing that while he is straight (and happily married-darn), he had experimented with men but identifies as straight.

News stories have also broken for run ins with fans. In February 2017 he moved out of his L.A. home after an excessive amount of attention from his fans. They would bombard his property and beg for him to come outside and hang out, forcing him to feel uncomfortable and unsafe due to the large and aggressive crowds.

It doesn’t surprise me that he’s focusing on making a positive influence with creating this foundation, following all of this news. I’m thrilled he’s turning something positive from such negative and dark times in his life.

I personally believe he chose to donate these proceeds specifically for people who have fallen victims because of the backlash he too received for the same reasons (or slightly similar).

Aside from having a kick ass album and a huge comeback on the rise, I can’t wait to see what else this creative cruner has up his sleeve when the new tour begins on July 11th in Minneapolis.

7 Steps To Falling Back In Love With Your Life