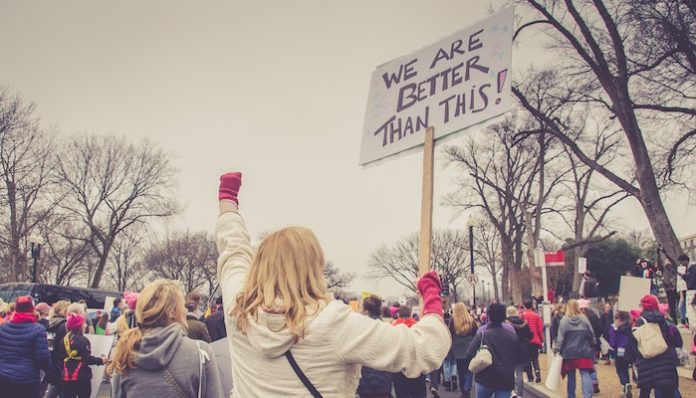 No matter the scope, severity, or distance, all international human rights violations deserve the public’s attention, and all victims deserve a chance to be heard. In honor of International Human Rights day, let us take a moment during a season deafened with Black Friday and Christmas sales, to learn and spread awareness on the issues stripping human beings of the rights and dignity they are entitled to at birth.

What is International Human Rights Day?

As a reaction to the atrocities of WWII, members of the international community joined together in vowing to never again turn their heads and allow for such systematic and horrendous violence to occur. This vow gradually developed into an international safety net consisting of 30 articles declaring a human being’s unalienable rights, and on December 10, 1948, this document was founded and coined as the Universal Declaration of Human Rights (UDHR). Today we recognize this date as International Human Rights Day. We must not only acknowledge the birth of the UDHR, but we must go further and confront the violations that us humans have failed to resolve or prevent. A select few of these reaching the front page of your morning paper; while the majority remain unbeknownst to most of the world’s population, too many times not even leaving the basement of the home where they’re occurring.

Here are 3 international human rights issues that unfortunately go under the radar and need attention and action:

A lot of us hear the term Female Genital Mutilation and think Africa, the Middle East, and Asia; but these atrocities are also happening near you. Of the 200 million girls who have been victims of FGM, there’s around 500,000 who have undergone this invasive procedure in the United States, and almost 200,000 of these women are younger than 18.

In the U.S., only 25 states have enacted laws against FGM and it’s prevalence has tripled since the 1990’s.

Below you can find more information on this issue and how you can help end this “tradition” happening across the globe.

Persecution of Rohingya Muslims in Mynamar has been happening for decades now, beginning in the 1970’s. Mynamar is a predominantly Buddhist country, and Rohingya Muslims have been the subject to prosecution by Mynamar’s government for several years on end now, ultimately evolving to what can only be defined as genocide.

Rohingya muslims are being forced to flee, and over 100,000 are detained in interment camps under horrible conditions. Many are sentenced to death at the hands of human traffickers, and survivors have said they witnessed soldiers slitting throats, raping women, and burning piles of victims, amongst them infants.

Donald Trump recently went on a 12-day trip around Asia, and failed to mention the ethnocentric violence happening in Mynamar.

Below you can find more information and links on how to help:

Manus and Nauru Island are home to Australia’s offshore detention centres, where asylum seekers arriving by boat to Australia’s shore are sent in aims of preventing their resettlement in Australia. There have been reports of torture, and rape on both Manus and Nauru, including interviews where several children on Nauru island said they were too afraid to attend school because of levels of violence and sexual harassment directed at refugee children by locals. In 2013, a former security guard on Manus Island said the following:

“I’ve never seen human beings so destitute, so helpless and so hopeless…In Australia, the facility couldn’t even serve as a dog kennel. The owners would be jailed.” He added: “I took the position with every intention of making the place a safer environment, but it proved quite rapidly to be an impossibility… I felt ashamed to be Australian.”

Below you can find more information, including a documentary on the issue and different ways to help.

For many of us it may be easier to look away. I understand that feeling of helplessness and disconnect. I’ve been working alongside different human rights issues for a few years now and this feeling is one I come across too often and at times struggle to find a way to work around. For those who feel it is impossible to make a real difference, this assumption will only result in a step backwards, adding to the struggle victims undergo. No matter how big or how small, change has to start somewhere and that somewhere is you.

As Martin Luther King once said, “there comes a time when silence turns into betrayal”, and unfortunately we still find ourselves at a point in time where this betrayal is all too prevalent and even supported by some governing our nation. As a substitute for these indifferences, we must find a way to speak up for victims of human rights violations. As human beings we owe it to them. We owe them a voice, and they deserve a voice as much as your son, daughter, parents, or friends would if the roles were ever reversed.

Photo by Jerry Kiesewetter on Unsplash

6 Reasons To Embrace The Grandma Lifestyle In Your 20s