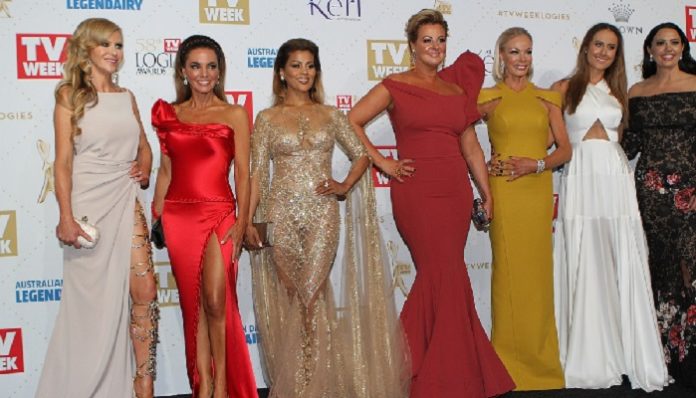 Hello, I am a reality tv addict.

Now that has been said, I’m here to tell you that it’s okay to watch reality television and this is a safe space. I would guess that my earliest encounter with reality tv would be either The Jerry Springer Show or Maury. It was entertaining to watch these ridiculous characters engage with one another and say and do outlandish things.

Along cake my fascination with The Real World, Big Brother and whatever garbage MTV had on in the early 00s, and I was hooked faster than Augustus Gloop and the chocolate river.

In my opinion there are four categories of reality shows and I believe the ones we watch say nothing and everything about who we are as people. Let me explain.

I think this category is the most obvious. With the continued prevalence of The Bachelor and Bachelorette, it has become a phenomenon beyond its initial intent. My opinion is that these relationships are doomed from the start. But it gives people hope that they too can find true love.

For the newer, more trashier generation, MTV threw their hat into the ring. They said “hold my beer” when they introduced Are You The One? a few years ago. Essentially the premise is twenty 20-something’s, all who look like models. However they are mostly the worst human beings on the planet. They also have to find their perfect match over the course of 10 weeks. It’s about as psychotic and sexually promiscuous as it sounds.

There has also been: A Shot of Love with Tila Tequila, Rock of Love, Flavor of Love, Beauty & The Geek, and a slew of other shows as well. These shows could be lumped into the next category.

This may sound harsh, but most of what we watch is actual garbage. While once prominent, The Real World over the last decade has descended into madness. It’s offshoot known as The Challenge has far surpassed it. But that is more competition than anything.

Again, I am not passing any judgment because I am a loyal viewer of both. Do I lose brain cells each week? Absolutely! Do I follow the cast on social media and call them out for their nonsense? Definitely.

The point of trash reality tv is to be a release from your own life. And remember that as much as you think your life is terrible, you could be doing so much worse.

Now Bad Girls Club met its demise a couple of years ago. Why? Because no one wants to watch mostly women of color and minorities act a complete fool. Unfortunately, that didn’t stop Mona Scott-Young from creating/producing the Love & Hip Hop franchise.

If there is ANY saving grace to the first fight, drink throwing, verbally abusive behavior we see each week… Is that it presented Cardi B to the world.

That is it’s only significant accomplishment.

The category of competition is so wide ranging but it includes some of our favorite shows. Such as Survivor, Big Brother, RuPauls Drag Race, and The Amazing Race to name a few. What’s fascinating about these shows is we get either super personable human beings who are hungry for both competition and drama, or onenote characters who fit a certain character profile or “typecasted”.

Personally, I think we tune into these competition style shows because we want to see how other human beings deal with pressure, competition and interpersonal relationships with a prize on the line. It’s much different than sports and gives attention to those most in need of attention.

Competition reality television drives our human instinct to survive, to win and ultimately provide us with an opportunity to prove we’re better than someone else.

When one thinks of lifestyle reality tv, it should come as no surprise most would think The Real Housewives franchise. With the assistance of the brilliant and exploitative late night host Andy Cohen, he has given women across the country a reason to think their shit doesn’t stink.

When the first season of The Real Housewives of Orange County premiered, it was before the big financial crash of 2007/2008 and these women and their families were living the extravagant life. It was a form of voyeurism for the average American.

Over the course of the past 12+ years, we’ve seen a variety of women from different cities and backgrounds pretend that they’re more important than they really are. We’ve also seen them become a part of pop culture as both a reference point and also as an insult. They’ve transcended their initial purpose.

Some other lifestyle shows that follow “average” people include Teen Mom (my personal favorite), Kate Plus 8, Little People Big World, and The Hills.

Each of those shows have contributed in their own way to the cultural landscape of our country. They have opened up conversation about family, diversity and other social issues. While some may label these as “trash” I would go so far as saying they’re completely on the other end of the spectrum.

Whether you watch reality tv or not… (which makes me question why you clicked on this article in the first place) You have to admit that the genre has become a hit because of fans like myself. We’re in chat rooms, engaging with our favorite cast members on social media, and we tune in every week. We want to see what happens next with people we no longer consider strangers, but like estranged family members.