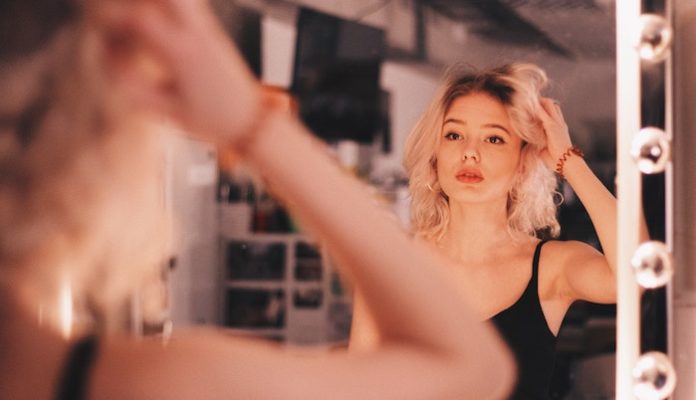 67% of females say that social media affects their mood and self-image.

That’s according to my online survey, which invited females to talk about how they perceive themselves today in the social media age. My survey uncovered some fascinating, but heartbreaking facts about my participants.

77% of the participants were millennials between 16 and 34 years old. This suggests that this age group is greatly affected by self-image issues.

Emma Oliver, founder and CEO of the Friendly Development Charity, an organisation that delivers self-esteem workshops in Newcastle, UK, said, “Our appearance so far outweighs who we are as people and it’s far too important.”

When survey participants shared which aspects of personal appearance make them most happy, answers were typically shorter than answers detailing what they were least happy about. Many responded to this question with one-word answers, and one participant answered, “Nothing.”

Emma added, “Self-worth is so low, even in people who come from loving families, and I think it’s all linked to posting filters and that validation we get when we do [post]. If we don’t get that, then we feel like our worth is minimal compared to someone who is… getting 300 likes a day when they post a photo and they’re validated because of what they look like.”

When asked to describe which aspect of personal appearance people are most happy about, hair (29%) and eyes (21%) came out on top. This may be because we can alter them instantly. However, weight and body shape, which ranked lowest, require a longer timescale to change.

Using makeup to enhance how we look continues to grow in popularity, along with the streams of selfies and makeup tutorials on social media.

Emma’s experience running workshops with young females has found that how we look in makeup has become a huge part of our self-image. We often know people for their makeup, and removing the “mask” causes them to lose their identity.

Nadia Mendoza runs The Self-Esteem Team, which delivers self-esteem workshops to British students. She believes that, “Social media is a bottomless entity. It literally never stops.There are always more selfies, more makeovers, more fitspos, more weight loss, more filters and transformations – which means we can never switch off. This 24/7 loop makes it highly accessible, meaning we’re constantly exposed to new images that feed an almost innate impulse to compare ourselves to others.”

My survey reflects Nadia’s comments, as 21% admitted to comparing themselves to others.

Glamour magazine also recently conducted a survey about self-image. It discovered that 55% of millennial women describe themselves as “anxious,” especially at work. Additionally, 75% of women are anxious about their job prospects, while 74% worry about their finances.

My survey also found that people consider working the least controllable aspect of life. because of a lack of involvement in decision-making processes, how many hours they work, and temporary or zero-hours contracts, which causes financial uncertainty.

Professor Catherine Donovan, social relations academic at the University of Sunderland, explains, “You’re working, but you’re never going to earn enough to pay your rent, let alone buy a house. Increasingly, young people are moving back in with their parents because they have no choice financially, and that brings with it a whole set of other pressures. Lots of people think zero-hours contracts are the way it is so you do with them as you can, but they’re really new, and people should be campaigning against them and joining unions.”

In May 2017, there were an estimated 1.4 million zero-hours contracts in the UK, over half occupied by women. A significant number of millennials also found themselves in this situation, with no guaranteed minimum working hours and reduced workers’ rights.

Catherine believes the lack of workers’ rights and government policies has impacted young people’s independence. She said, “When my mother who is in her 80s was at school the leaving age was 14, now it’s 18, therefore you have to live with your parents until you’re 18.

“There are also all the different rules around benefits and when you can apply for them… They’re all age limited. You don’t even get an adult’s minimum wage until you’re 25, so that’s another big factor [in] why people can’t live independently.”

While there are evidently some good aspects of living in the millennial age, there are definitely a number of concerning factors.

Nadia from the Self-Esteem Team, concludes, “Combine the relentless pressure of social media to be ‘perfect’ or ‘living your best life,’ pushy parents… the rise of unemployment [and housing prices], the prospect of leaving uni with gargantuan debts – then cumulatively, you begin to see that growing up in today’s world is not the privileged life that critics [think it is], but an extremely uncertain, unpredictable, and scary space.”

Photo by Mikail Duran on Unsplash