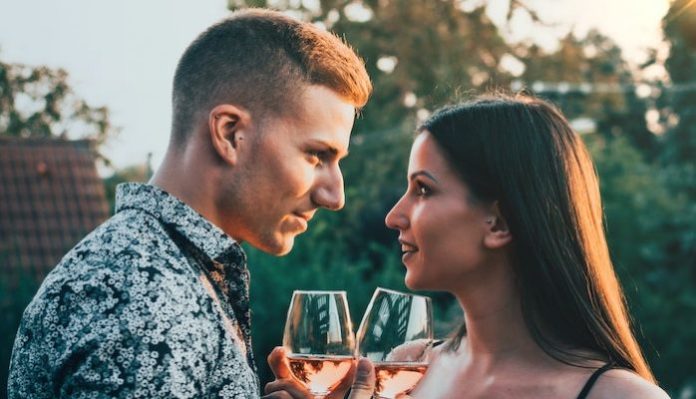 The problem with many relationships is that the love can be one-sided, and this often leads to “blindside” breakups. Thankfully, there are ways to determine the signs you’re in a bad relationship, if you’re being used by a partner, or if your partner is staying for reasons aside from you.

Here are the most common signs that your relationship isn’t as solid as you think it is.

1. Your intimate life is lagging.

Does your partner act like sleeping together is a chore? If so, that’s not a good sign. In a relationship that involves love, there will be sexual attraction. No intimacy means that he might not be attracted to you, or that his interest in you is waning.

2. He won’t tell you much about his life.

A man who’s really into a woman will talk to her about all the little things going on with him. He’ll bemoan his annoying coworker. He’ll talk about his mom. He’ll even tell you about how he almost fell in the shower. If he’s silent as a clam, he’s not with you because he likes you.

3. There’s a major divide in how much he puts in and how much you put in.

Are you paying his bills, buying cars for him, and doing all the chores, too? If he’s really not pitching in half as much as you are, it’s time to cut the cord. He’s probably using you.

This is the most common and often most obvious signs of a bad relationship. If he looks miserable, he’s probably not happy being with you.

5. He talks about a need for space.

If he’s increasingly growing apart from you, it’s very likely that he’s only with you for financial or child-related reasons.

6. The relationship has an end date.

If he stopped talking about long-term goals or if he’s made it clear that he’s going to walk after a certain point, he’s not with you because he loves you anymore. He’s with you until he can safely move on.

7. You noticed that he stopped caring.

Things that used to bother him don’t anymore. He no longer asks for couples’ counseling. He stopped caring when you rejected him sexually. The only reason that he’s with you at this point is because he doesn’t want to lose something you offer.

8. You’ve actually had to use the “duty” card on him to keep him.

Did you make it clear that he needs to stay with you out of duty to your family? Honey, you should never guilt a man into staying with you. If it got this bad, it’s best to let him go.

9. You have kids with him, and he told you he’s only with you for them.

When a man tells you that he’s only there for the kids, listen to him.

10. He acts more like a roommate than a boyfriend or husband.

This is often a sign that he’s only with you because he’s comfortable with the lifestyle you live. It’s very possible that he’s already checked out.

11. He treats you like a personal ATM, and withdraws affection if you don’t give him cash.

Here’s a hint: you’re buying his love if he does this.

12. His parents and colleagues regularly have to pep talk him into staying.

Some guys actually will stay with a girl if they keep getting pressured to do so by their family members or friends. If this is the case, you’ll usually be able to tell because the people pressuring him will have also spoken to you about it.

13. You get the feeling that he’s with you to keep up a certain image at work.

I call this reason the “politician reason.” Certain jobs require you to look like a family man, and you can’t do that when you’re flying solo.

If all your conversations are small talk, then he probably doesn’t feel comfortable revealing intimate details with you. That’s a sign that he doesn’t see you as a real relationship person anymore.

15. The relationship is toxic.

Need we say anything else?

7 Tips To Help You Plan The Perfect Solo Vacation