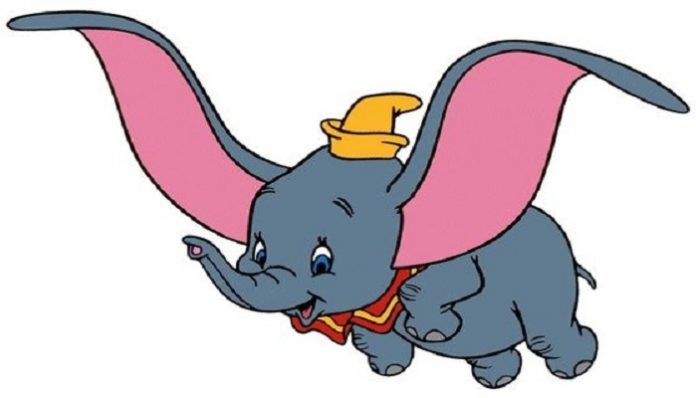 Walt Disney productions unexpectedly released the first teaser trailer for the live-action remake of Dumbo, and we need to address this ASAP!

This March, the beloved tale will take you to new heights. Watch the new trailer for Disney’s #Dumbo. pic.twitter.com/eYPWfZCUZ9

I have so many things to say about this remake, but the first thing I have to say is that I was not expecting this movie to look so good based on the teaser!

The remake of the 1941 Disney classic is directed by Tim Burton so I was expecting a very dark and creepy version. I’m not going to lie, I was kind of skeptical of this remake and didn’t feel an urgency to see it. But after seeing this teaser, it’s made me believe it won’t be so dull. Maybe it’ll just be a more theatrical and dramatic version?

In an interview with People, Burton admitted, “It was always one of my favorite Disney stories and one I had fond memories of. It’s a very sweet story, and also very simple and primal — I think that’s why people like it so much. It’s about an outsider, someone who is misperceived, and I’ve always been drawn to stories like that.”

Maybe that’s why he chose to stay so close to the storyline and keep the imagery so pure?

Based on the one minute and twenty second clip we were blessed with today, there are a lot of similarities to the original. They have the storks, his poor mother being confined to a cage, and of course, the creepy, trippy, alcohol-fuelled ‘Pink Elephants on Parade’ hallucination. (This is about the only thing that I saw that could stay true to the traditional Tim Burton film making style.) So be prepared to be traumatized by that scene all over again.

The only thing I’m seeing that’s truly missing is a little character by the name of Timothy Q. Mouse. You know, this guy!

He’s kind of a big deal in the original and seems to have been replaced by two kids. Otherwise it seems to be a really good adaptation so far, and I have no complaints.

Colin Farrell and Danny Devito star in the film as a father returning home from the circus to be with his children after the death or their mother, and the ring leader of the circus.

Let’s not forget that this is also one of the most saddest films from our childhoods as well. The scene where he was taken from his mother, the scene when she rocked him in her trunk and sung to him and the end when they were reunited was heartbreaking! The trailer alone made me cry, so you know this too will be a tear jerker.

Dumbo was the fourth animated feature film released by Walt Disney and is one of his shortest and most iconic films. (It only runs at 64 minutes long). The ride inspired after the film became so popular at both Disney parks in the US that they installed a second ride because wait times were so long. So you know it still holds its status even after all these years.

Overall I’m pleasantly surprised by the teaser and cannot wait until we see more!

No Parents, No Joke: Why ‘Daddy Issues’ Aren’t Funny