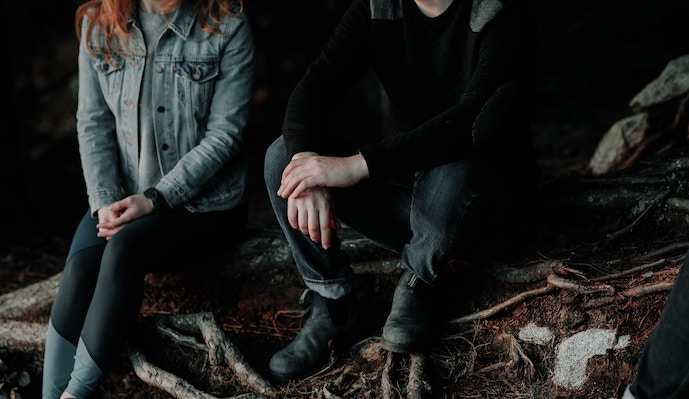 I used to think that being cheated on was limited to sex.

But in truth, cheating is the betrayal of love and a violation of my trust.  Love should be truth, honesty, respect, and much more. I wanted a love that was true to me. A love where you tell the truth, the whole truth and nothing but, even when it hurts – ESPECIALLY when it hurts. A love which protects me from harm, even if that harm is my partner. I wanted to be respected for who I am.

I was an open book. You’d know my entire life story in under 15 minutes….10 if I talked fast. I would trust just about anyone; it didn’t take much.

I had never been cheated on, at least, not that I know of.  Not until he violated every boundary I didn’t have, because I thought that’s what love was. When he confessed, I was devastated. His guilt was now my pain. My imagination ran amok. I saw images of them together, sweet nothings they whispered to one another, and the jokes they shared (possibly at my expense). I’d imagined parts of him that touched me, now touched her as well. I couldn’t un-think those thoughts; I couldn’t un-feel those feelings. They gnawed at me 24/7, and when I least expected it, the haunting thoughts of them came barreling toward me at warped speed. His adulteress made me feel dirty, and I had never met her. I was sick to my stomach. The violation of my trust was crippling.

His betrayal brought out every insecurity I ever had and lined them up front and center. It unleashed a primal fear in me. Being cheated on turned me into the worst version of myself. I questioned the very essence of who I was, my existence and even thoughts of suicide. I wanted to meet her, to see how she stacked up….taller/shorter; fatter/thinner; prettier/uglier.  I had fleeting thoughts of how to seek revenge….in under 60 seconds I had thought of 266 ways to do an awful thing. I became an international spy, skulking around corners, checking his texts, emails, and call logs.

But that was 1 year ago.

When I came to my senses, in what felt like an eternity, I hung up my catsuit and spy gear. I retreated into my shell like a tortoise and stayed there vowing to never come back out. Of course I needed the time and space to heal, and eventually I did, enough to put one toe back in, to test the water. I was welcomed back to the world of the living.

So, this is for my future love, whoever you are and wherever you may be. When we meet, I will initially be shy and quiet. I may appear closed off and private. I may seem unapproachable, and you may think I’m aloof. But it’s only because I want to be sure that when I do give my heart to you, I know that without a doubt, you will love it and respect it like it was your very own.

I Got Married At 19 And Blamed My Husband For My...

How White Supremacists Give Paganism A Bad Name