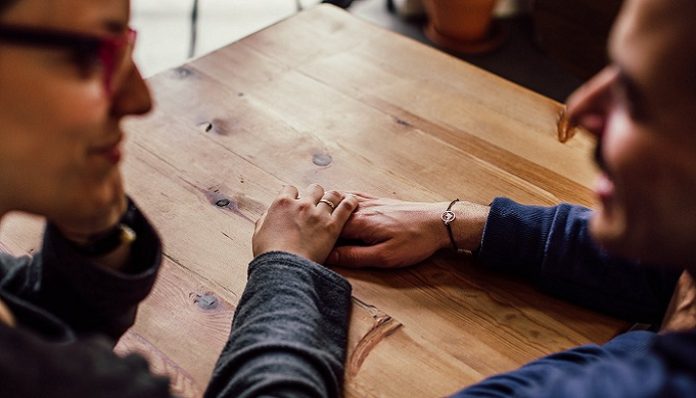 Within the past year, we’ve at least had 3 new dating terms develop and we officially have a brand new one: stashing.

Metro.co.UK defines it as: “You know when someone hurriedly tidies their room and shoves a jumble of stuff in a cupboard, so it’s not on show, so they don’t have to think about it until later? When you’re being stashed, you’re that jumble of stuff.”

So in essence, you’re his dirty little secret that only he knows about it. That way, they’re able to pretend that they’re not actually dating the person, but can still get what they want from you in the process.

It’s very similar to an almost relationship. You act as if you’re in a relationship in all other senses, but by refusing to acknowledge your existence to other people in their life, the stasher is able to tell themselves that you’re not actually together, so they’re perfectly entitled to treat you poorly. Doesn’t that sound familiar ladies and gents?

Let’s see some examples of the morally wrong dating trend, shall we? You’ve been dating someone for a while, and it’s going great. Sex is great, conversations are great, the company is great, he’s met your friends who are great, it’s all just great. Except you haven’t met a person in his life-not so fantastic and a huge red flag.

If you tag a photo of him, he quickly removes it and only likes a meme you tagged him in. You’re nowhere on his social media, and almost untraceable. In the eyes of a creeper, it’d almost be as if you’re an old friend from the past.

They might post something on social media about going to dinner with you, but they only show their meal in the photo. If they tell someone on the phone what they’re up to, your name isn’t mentioned once.

The point is: to the outside world you don’t exist in his life, even if they treat you like royalty behind closed doors.

There are 5 essential reasons why someone would be stashed.

They don’t want a relationship.
They’re keeping their options open.
They only want you for sex (what else is new these days).
They’re embarrassed by you.
They have confidence issues with themselves.

Regardless of whatever their reason is, every single one of them severely hurt your feelings. You want to be their only option, you believe you have a real connection and that things are going progressively in the right direction, and you want them to be proud to be with you for the correct reasons.

When you question them and their intentions, they’ll say you’re exaggerating. Well if you’re feeling like crap about yourself, which you will be because situations like these will make you overthink like crazy, it’s not fine.

When You Realize You Can Remove The Toxic Things From Your...

What It Is Truly Like To Be An Adult As A...