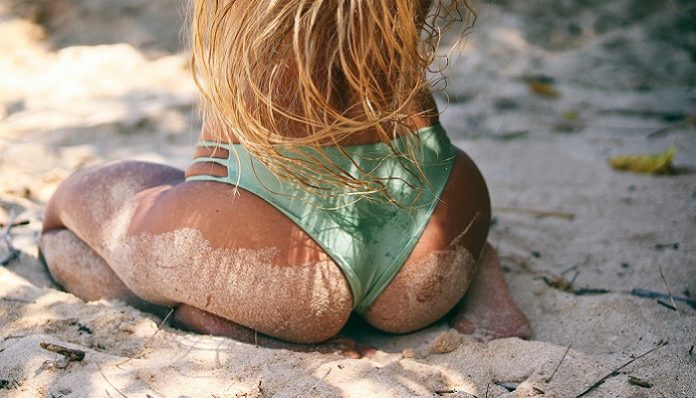 In an age where we believe that bigger is better, we have to ask the question, “Was Sisqo ahead of his time?”

Sisqo released his “Thong Song” over 18 years ago, and it has become a worldwide sensation. People all over the world cannot stop singing the song, and to this day, I still find it amusing every time it comes on.

The other day, I was listening to “Thong Song” on a throwback playlist while sitting in an airport, and it got me thinking. Sisqo says in his song, “She had dumps like a truck, truck, truck/thighs like what, what, what” and in that moment, a light bulb went off in my head. Sisqo’s song about large behinds was well ahead of its time, in light of today’s fascination with having a plump derriere.

I must acknowledge that before Sisqo released the “Thong Song,” there was Sir Mix-A-Lot’s quintessential club anthem, “Baby Got Back,” released almost a decade before.

The iconic line “I like big butts” quite possibly launched the big-butt craze here in America.

While the Kardashians, more specifically Kim & Khloe (and their half sister, Kylie), have infamously oversized bums, many believe that we shouldn’t be credit them with this “big butt” trend. Ice-T (whom you know as Fin Tutuola on Law & Order: Special Victims Unit) has a gorgeous, voluptuous wife named Coco. People know her for her larger-than-life personality as well as her larger-than-life backside. In an interview she did last year, Coco claims that it was she who paved the way for thicker girls, not the Kardashians,  Nicki Minaj, or any of these other new-era tabloid sensations.

If you’ve ever seen any rap video from the 90’s, you’ll have seen a plethora of scantily clad women who often have larger-than-average behinds. Two video vixens who come to mind are Karrine Steffans and Melyssa Ford. Both are notorious in their own rights for both their video vixen days and their revelations afterwards. Their appearances in music videos served to highlight the high life and the idea of hot women partying.

We were supposed to worship their lack of clothes and their extremely round posteriors.

In 2014, Vogue argued that we should, in fact, credit Jennifer Lopez for the rise of the big booty, due to her now iconic green dress from the 2000 Grammys. Jenny from the Block certainly used her appearance to launch herself further into  mega-stardom and to become a household name. Her behind launched a movement.

My original point still stands, though.

I very much believe that Sisqo does not get the credit he deserves for helping a newer generation appreciate a larger behind as well as create a fascination with having the the largest behind for aesthetic purposes (i.e. “doing it for the ‘Gram”).

In  2014, around the time that Nicki Minaj and Iggy Azalea reached the peaks of their careers, Huffington Post published an article  saying that our fixation on larger behinds is just that: a fixation. It also ostracizes women who don’t quite have the ability to have that coveted larger behind that their peers and contemporaries do.

Whether we’re talking Iggy Azalea,  Nicki Minaj, to Cardi B, or Blac Chyna,we often talk about these women’s large behinds more often than their accomplishments. Women’s fascination with having a large behind will continue as long as those celebrities continue to flaunt and promote it.

For the most part, we as a country should both thank Sisqo for his ode to big butts as well as for changing the idea of the perfect shape for a woman’s backside and of the incredibly demanding image standards women try to achieve.

A Letter To My Past Self: We Survived The Assault