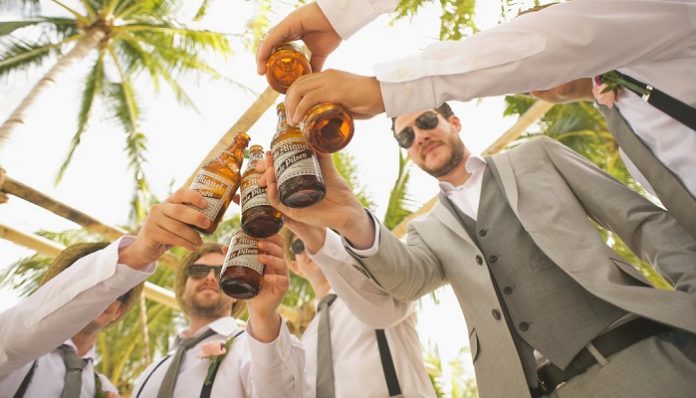 The old saying goes “you can’t pick your family, but you can pick your friends.” Luckily (or unluckily depending on who you ask), I was born into a family and have been an only child. I’ve written about this at length before, and I think that it definitely had its benefits and its downfalls.

Growing up, I had many close friends, some I did view as if they were my brothers, but they also always had siblings of their own. Never a good feeling when the understanding of familial bond isn’t reciprocated.

However, on Brother’s Day, I am grateful for the friends I call brothers. It wasn’t until I became a part of a fraternity in college that I understood what it meant to have a brother. I had an extremely unique fraternity experience, wherein my brothers at first were chosen for me, but those individuals all played a crucial role in helping me develop and grow into the person I am today.

In my fraternity, the bonds of our brotherhood are intrinsically tied to the ritual that we have all experienced and participate when bringing new gentlemen into our order. That ritual is what gives us a commonality and mutual respect for one another.

There is a difference between calling someone your “bro” and calling someone your “brother.” The main difference being that your “bro” is a good buddy but it may not be more than surface level. My “brothers” have been along for the ride through my ups and downs, our shared accomplishments and our unfortunate failures. They are equal partners in keeping me going, and I could very easily say that I would take a bullet for them.

My brothers are my motivators, my personal therapists, my drunken 2 a.m. FaceTime calls, my designated drivers, my festival buddies, and everything in between. Even if we don’t all live in the same place, if life gets in the way, I know that they’ll still pick up the phone (mostly because I’ve harassed them to no end and they know something is wrong). In return, I’ve extended them the same courtesy that they have to me, and I relish in all that they do. I’m the first to find a reason to celebrate a milestone, accomplishment, new job, and I’m also always there when they’ve hit a low point and need someone to talk to.

I’ve learned over the years, especially since I graduated from college, that people will either put you as a priority or not at all. I’ve grown to accept that. It doesn’t take much to pick up a phone and send someone a text. Here’s the thing though, if you don’t want someone in your life, you make a very clear and conscious, whether directly or indirectly, to ensure that they no longer are a part of your life.

That whole concept changes when it comes to my brothers. The handful of brothers that I do speak to and consider like my brother come with varying degrees of communication. There are some I speak to on a daily basis, some who are my social brothers, some who motivate me to run 5ks and encourage any and all personal growth, and someone who I can go six months without speaking to and know that they’re okay.

Luke Bryan, who is a brother of the same fraternity as me (Sigma Chi) wrote a song called “Blood Brothers” and that song holds a special meaning to me in particular. He sings “thick as thieves, best of friends, take a bullet for each other” and it’s a sentiment I feel very much about my own brothers.

The bonds that I have with my brothers never waver, and we will be bonded for a lifetime. They’re love and respect is essential to my survival and it’s my responsibility to show them it’s deserved. I’m glad that my brothers were chosen for me because I got to choose whether or not the term “brother” meant more than something superficial.