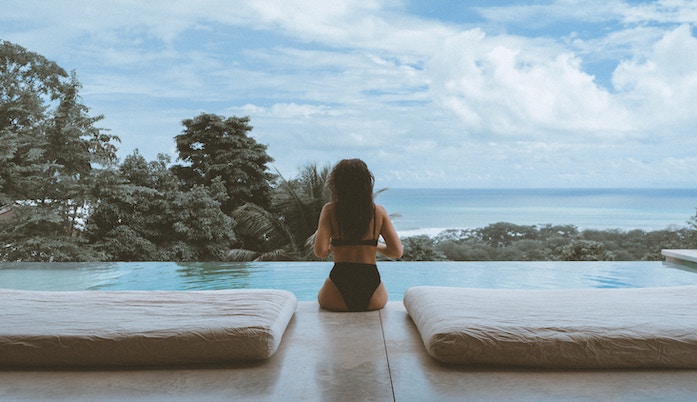 If there’s one thing that we all always avoid doing, it’s showing that we have a heart. In our minds, remaining visibly heartless will show others that we are invincible. If they can see our strong demeanor, they can’t get to us and waste our time. Moreover, they won’t pity us nor will they ask the tough questions that we really do not want to answer. It’s all very thought out.

As much as you hate to show it, you really do have a heart that wants to be loved. Sure, you can lie to your parents when they ask if you’re seeing anyone. You can lie to yourself about how much you don’t care about dating. But deep down you know you crave a connection that being in a relationship gives.

At the end of the day, the wall you put up isn’t fooling anyone. We know you have a heart no matter how hard you pretend not to have one.

There is no magic pill that will numb your heart, and those texts you’ve reread over and over again will still hurt you as much as they did in the beginning. And although your Instagram is flooded with “likes,” it won’t fulfill you. Instead, it’ll leave you feeling lonely. And you hate when people see that side of you because you’re trying your best to portray otherwise.

But being numb isn’t the same as being heartless.

Obviously your heart has been damaged as a result of something really painful and you don’t want to put yourself at risk again. But it’s okay to let kind people enter your life in hopes of something positive and magical happening. Sure, you might doubt someone’s intentions when they compliment you, but that’s because you’ve chosen not to believe that they’re being sincere.  You project the flaws that your heartbreaker had onto truly kind people.

Pushing people away isn’t the answer. If you get bad vibes from someone right off the bat – turn them down and run for the hills. If, right from the start, you get the feeling that the relationship isn’t going anywhere, end it with pride that you made the right decision. However, avoiding contact with all people isn’t right. Be selective but open to the potential of the good someone can bring into your life.

History won’t always repeat itself and I hate to say that I’ve learned that the hard way.

I always presumed the worst and, and I quickly learned that I was wrong. Sadly, I came to that realization too late and missed out on some great guys; ones that would handle my heart with gentle hands and treat me with utmost respect. If it happens to you, you’ll be left feeling more lonely than ever.

When you’re young, you naively assume that relationships are the only thing that can hurt you. So you swear off dating in order not to fall victim to heartache. But little do you know, so many other things can harm you; being let go from a job you thought you were exceeding at or watching someone you love slowly die.

Pain is an integral part of life.

We all need time to cope with how we feel. Would you remain unemployed after losing a job you were confident in? Or would you not go to college because you feared getting bad grades after one bad test? No. You would think that’s foolish. So what’s the difference with relationships?

You are capable of loving and being in love no matter how hard you try to hide or deny it. Simply, you have to heal before you can move forward. You aren’t a robot, you aren’t unlovable, and you aren’t weird for feeling the need to protect your heart. You are human and it’s natural.

Photo by Morgan Alley on Unsplash