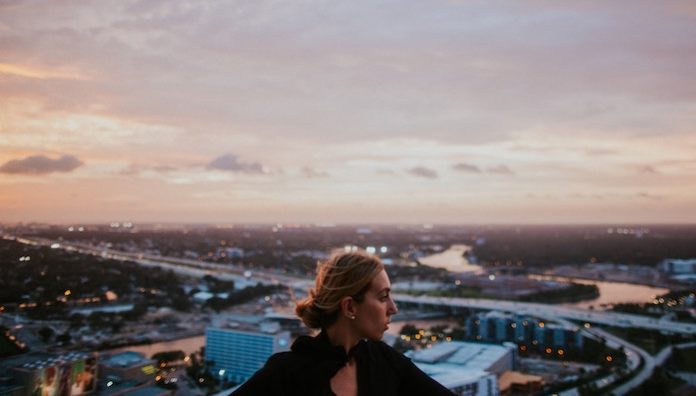 Being a hopeless romantic in this generation is almost as bad as the invention of Fortnite.

Girls can act like the player and seem like they don’t give two shits, but when someone makes you smitten, it’s game over. A creation of a Nicholas Sparks movie is going off in your head. Happy endings and fairytales in your mind 24/7 and there’s nothing to stop it. That’s what’s wrong with this generation. We plan a husband and kids in our heads before the relationship even starts. Or even worse, before you even meet them. My friends and I at least have one crush on someone we’ve never met. Yes, we go to school with them. No, this generation sucks so we’re probably not going to talk to them. Or even worse, we’ll Snapchat them and never meet them in person. I’m embarrassed to even admit that.

What pisses me off the most is how Snapchat is the source of communication for this generation. Boys, we don’t want to talk to you over Snapchat and see that you left us on read. At least have the decency to text us with your read receipts off. The thought of girls is a text or a call, not a Snapchat saying “wyd?”. What I don’t understand is why guys will Snapchat you seem interested, and then once you bring up going out, they freak out on you saying they’re busy doing laundry. I wish I was joking when I said laundry because that has sadly happened to me. Boys say they admire when girls make the first move, but when we do, all we end up with is a dry vagina and a lot of disappointment.

People then continue on and ask why I don’t commit to one person. Yes, I might have some kind of commitment issue but there’s a reason for that. College boys either want nothing to do with you or will just be interested in you for one week. I can flirt for hours but boys can’t take the hint that I want to go out with them, or they just don’t give a shit. Either way, it’s a vicious cycle I’m tired of playing over in my head. I keep thinking everything’s going to happen the same way with my last hook-up, and maybe that’s what bites me in the ass, but I will never apologize for being as forward as I am.

Boys, you can take it or leave it, but when a girl is completely being obvious she’s into you and you’re obviously interested in her, it’s not a smart idea to play dumb. There’s no reason to play games when we’re clearly not in the mood for your middle school bullshit. If you’re not interested, there’s a thing called communication, something you should eventually learn. Us hopeless romantics will act like the player, but when we’re being as blunt as possible; do us girls a favor and take a hint that we actually like you. It’ll give us female brains the hope that there are some good guys left out there.

Photo by Ivana Cajina on Unsplash

3 Ways Owning A Notebook Can Change Your Life

If You’re Queer And Have Ever Felt Not “Queer Enough,” You...