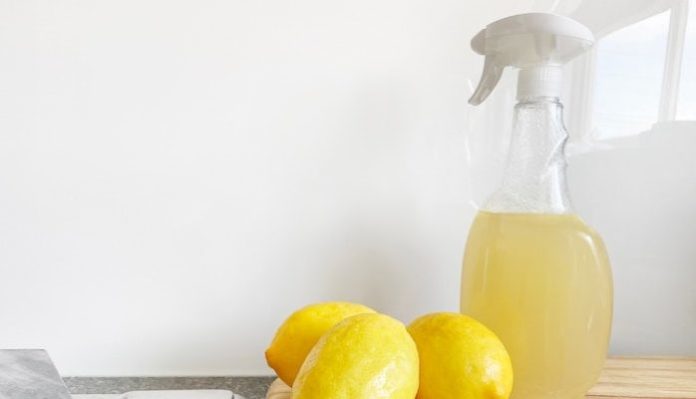 Like most other women in the world, I enjoy spending lots of hours on Pinterest. I like browsing through the endless amount of motivational quotes, dreaming up a lavish wedding that I will never be able to afford and looking at all of the food that I would love to eat, but will never make an effort into making. Very rarely will I stumble upon something that I would actually make the effort in trying, but when I do, I always seem to turn into an epic fail and it reminds me why I just tend to admire these things from afar.

This time around though, I think I might have found a winner!

One day while I was just trying to pass time at work, I decided to switch it up from my normal puppy browsing and double chocolate molten lava cake drooling to look under the “Health Section.” Mind you, I’m a semi-healthy person, but very rarely do I look under this section unless I’m looking to get extra motivated to put down the second bag of chocolate covered pretzels that I have eaten for the day or if I want to guilt myself into getting ready for bathing suit season. This time I had a little bit more of a positive attitude, looking for some new yoga moves that would help me lose my muffin top, and then I saw an article about the Apple Cider Vinegar Diet. Que the “dun dun dun” sound.

I had heard on some talk shows that vinegar was helpful in losing weight, but I didn’t think much of it considering I generally only like it on my potato chips. Shout out to the person who invented Salt & Vinegar chips. YUM. Anyways, the article had said by drinking this little vinegar concoction every morning it will help in: weight loss, detoxing the body, cleansing the liver, boosting your immunity, reducing bloating, increasing energy and reducing inflammation; All things that I needed to have happen with my body right now. So, I figured hell why not give this a try, how bad could this be?!

The mixture: Four tablespoons of Apple Cider Vinegar, 1 teaspoon of honey, one teaspoon of ground ginger and fill the rest of the bottle up with cold water. Directions: Drink the mixture on an empty stomach when you wake up in the morning.

A week after drinking this odd mixture and I can tell you, I’m sticking with it! For the first time in a long time, Pinterest, you might have a winner on your side! While I don’t know so far if it has boosted my immunity or detoxed anything in my body, I can tell you that I do feel better every morning after I drink it. It has definitely helped curb my cravings, reduce some bloating and has kept me feeling fuller longer. I have also noticed that my Fibromyalgia doesn’t seem to be bothering me as much, so if this vinegar drink has really helped to reduce the inflammation in my body, then it is okay by me!

The only downfall that I have found so far – The taste. I know Pink didn’t make the song “Bitter Little Pill” about this drink, but let me tell you, it isn’t the most appetizing drink that you have ever had. I have seen the recipe switch up some of the ingredients to add lemon or Stevia to lessen the strength of the vinegar taste, but I’m not really sure if that affects the results. I have also seen some articles that say that you should drink the mixture at night in order to get the best results, but again, I haven’t tried it that way, so I’m sure if it works the same. Also, it hasn’t reduced my energy in any way, shape or form; I’m still surprised I was able to finish this without falling asleep... All I know is that I’m going to continue testing this out for you and for all, but mostly for my muffin top.

Ginger Views: The Apple Cider Vinegar Diet is worth the try! A week into this and I can already see good things happening! As far as I can tell, this vinegar mixture has helped me to feel fuller longer, feel less like a balloon and my body to ache less. As time goes on, I hope that I will be able to report back some other great results, but as for now, I can chalk this up as a win for Pinterest!