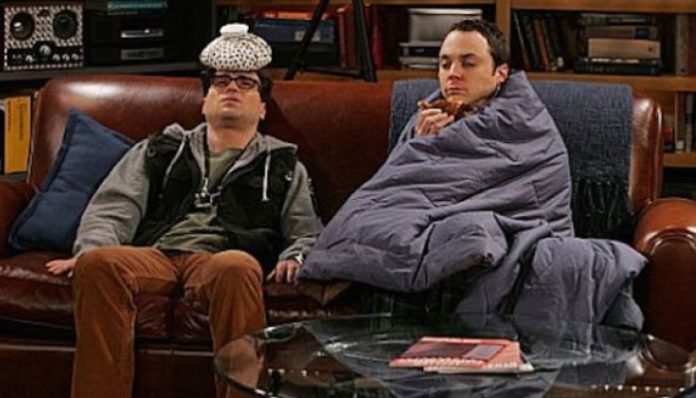 Winter means a few things, cold weather, a lot of snow, dry skin and hair, as well as the risk of getting sick increases drastically. It’s bound to happen, we always get sick around this time of year. With our driven attitudes it’s not often women really suffer from their illness. Men, on the other hand, act as if they’re dying. And us women simply don’t buy what they are trying to sell us.

According to a new study by a Canadian doctor, Kyle Sue proves that there may just be such a thing called a “man flu.”

The Oxford dictionary describes a “man flu” as “a cold or similar minor ailment as experienced as a man who is regarded as exaggerating the severity of the symptoms.”

After being tired of being accused of overreacting, he began his search to determine if men actually do get worse symptoms or not. And as the family medicine professor at Memorial University in Newfoundland, Canada states, there had been no research on the topic before. But with the help of similar research, he was able to form his thesis.

“Men may genuinely have more severe symptoms when they’re hit with the flu.”

First he analyzed the scientific literature of multiple pieces that provided evidence of which suggested that men may be more vulnerable to the flu. An observational study out of the US found that men had higher rates of flu-related deaths compared to women. A study from Hong Kong found similar and that men were more likely to be admitted to hospital because of the flu.

Sue then looked at studies surrounding flu vaccines. They found women are more responsive to the vaccine than men. Another study proved that high testosterone levels could weaken men’s immune responses following the flu vaccination.

Another study proves that there may be an evolutionary reason behind it. In biologist Marlene Zuk’s study “The Sicker Sex” she found the advantages in high testosterone in male reproductive strategy may take over the cons that are associated with immune system suppression.

Due to limited research available and the lack of available evidence more research will need to be done. So what this means is that men scientifically have been proven to show reasons why they may become more vulnerable to illness, we just need to know why or how this man flu differentiates from the flu we believe to be normal.

So while he will continue to conduct more studies to prove his scientific research further and get a better explanation, he still finds the humor in this study, knowing that women around the world will be rolling their eyes.

Stereotype or not, this might give us some insight into a common complaint in every household. But remember, it’s only been proven for the flu, not a common head cold. So for any men out there, your complaints are only semi-scientifically valid but only for the flu. For anything else, you’re still a baby.

Dear Fellow Teacher: You Will Survive The Upcoming School Year