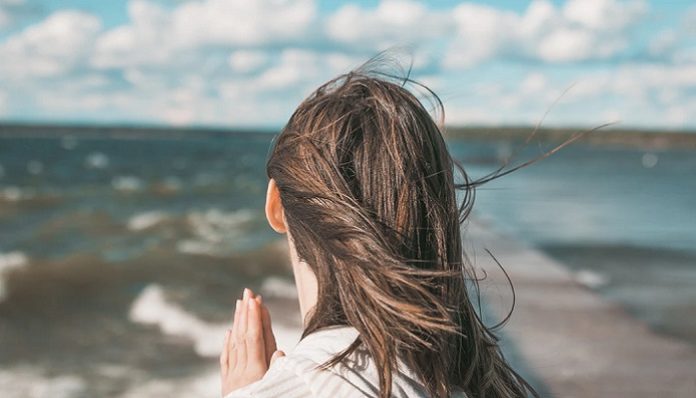 This week, you probably heard the story of Keaton; The little boy with the video that has gone viral about being bullied in school. It broke my heart to hear this child having to endure the pain of being the outcast in school just because of his looks. It made me want to scream at these kids for him because no person deserves that kind of treatment or to feel that way about themselves. It cut to the core watching his video over and over again and brought back so many memories because I was once in his shoes.

I was someone who was bullied in middle and high school. Pretty bad. I had gum thrown in my hair. I was called terrible names. I was criticized for my looks. I was the butt of many jokes. I was left feeling like I didn’t even deserve to live. I went home from school pretty much every day looking very much like Keaton, with red eyes and questioning if I could endure another day like that. I was always left wondering how on Earth anyone could be so cruel and what I did to deserve such treatment.

Rather than thinking something was wrong with these people, I took it out on myself. I lacked every bit of confidence that I may have now and I found fault in everything that they said/did to me. I never one second thought that it was something that was wrong with this people. I was too young to understand that teenagers are assholes. Kids are uncomfortable in their own skin. Kids don’t know how to properly express their own feelings. Some kids get treated like dirt at home and have to find someone else to take it out on. Some kids aren’t properly taught right from wrong. Some kids just want to fit in and use someone to cut down on to get there. The list can go on as to why they act the way that they do, but when it comes down to it, the reason people bully is that they are insecure about their own lives.

Insecure people will always find some way to pull you down to their level. They don’t like people that have something that they want so they will criticize them to no end. They don’t feel comfortable enough in their own skin, so they feel the need to cut down on others that are confident to build themselves up. They don’t like to feel like an outcast, so they make some feel as though they are the one on the outside. Even now I still find myself dealing with people who feel the need to bully i to feel less insecure about their own lives.

While I might not be able to take down Keaton’s bullies or help him personally, I might be able to help you a little bit. Bullies may never fully go away, but we can find better ways of handling them. While expressing how you feel to someone about their behavior towards you is always the best choice, sometimes you need to focus on your own reaction as well. It took me years to realize that I was being bullied because I was different; Red hair, Michael Strahan teeth, acne and a massive attitude. I wasn’t trying to fit in, which made it easy for me to stand out in the crowd and be talked down to, but I also took the words to heart. When you are able to recognize that someone’s criticism on you is more of a reflection on themselves more than anyone else and let those words roll off your shoulder, that is when you will be able to see that you are better off and that you are the bigger person by not letting it affect you.

Lesson to be learned: We may never be able to erase the bullies, but we can change the way we handle them. We can’t let someone’s criticism of us get to us. No matter how old we get, there are always going to be people in the world that are going to try to cut you down and make you feel bad about yourself. That is when you have to recognize that it is something wrong with them, not yourself. As Keaton said, someday it will get better. Let that someday be today. Hold your head up high my friend and know that you are awesome just the way you are!