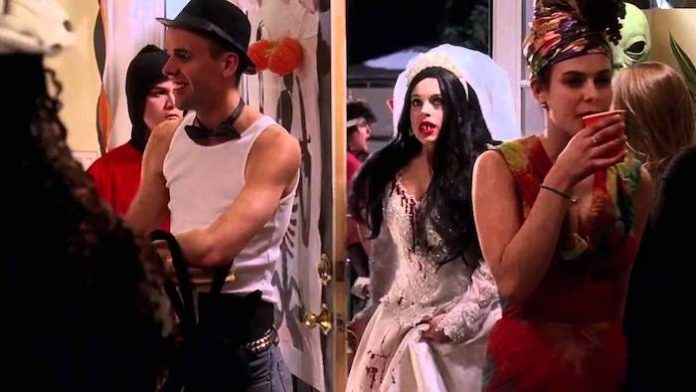 Halloween is really one of the best times of the year, no matter what age you are. There’s definitely a unique sugar-tainted allure when you’re a kid. But as you grow “too old to trick or treat,” Halloween becomes a time to try out the forbidden and be evil. Teenagers drink, set off fireworks, and generally cause mischief around their neighborhoods. After that, though, Halloween is different. Sure, sometimes you still drink and eat sugar, but it’s different when it’s all legal. But can you still have that Halloween magic?

Of course! Even procrastinators can capture that Halloween magic again. It might be only a few days before Halloween, but you can still host a successful party!

OK, so decorations are one of the most important parts of the party. It’s gotta be obvious that it’s a Halloween party. That doesn’t mean the decorations have to be beautifully crafted origami pumpkins — just that no one should be left wondering what you’re celebrating. Yes, everyone there will know that it’s Halloween, but it’s important to the mood.

But this is last minute. So here are your real options:

Luckily, there’s plenty of options here. Your local grocery store will have pumpkin cookies, bright red punch, and whatever else fits your millennial budget. Or you can just ask people to bring stuff to snack on, but don’t waste too much time on food.

People don’t go to Halloween parties for the hors-d’oeuvres. They go for the booze. We might not be teenagers looking to be “bad,” but we haven’t given up their methods.  So, eat a good meal before you host, and make sure everyone gets a ride home! Halloween is one of the worst times of year for drunk driving fatalities, and there’s no excuse in this age of ridesharing. It only gets worse as the holidays continue, so start the trend of getting home safe now!

This is the most critical part. Halloween is about dressing up, and you can’t host a party if you don’t have an impressive costume (the “awesome” is optional, depending on when you’re reading this). There are plenty of kick-ass costume choices, but this is for procrastinators. You didn’t prepare, that’s the point.

So, what are your options?

Just because you’re cutting it a little close doesn’t mean you can’t have a great time. Yeah, Halloween parties have some necessities, but what really matters are the people there.