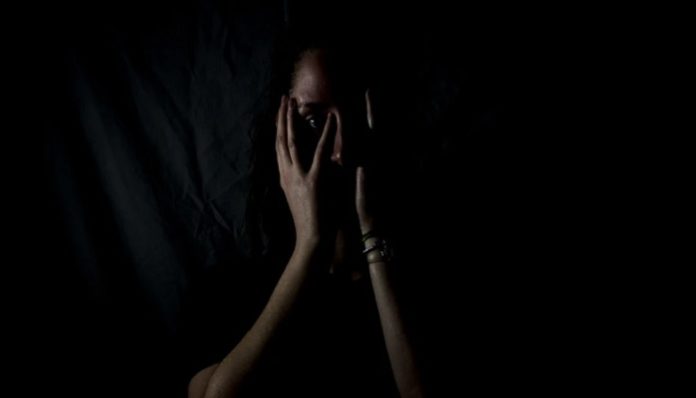 Halloween is creeping up on all of us. It’s tempting to stay in and watch all the classic Halloween shows and movies on Netflix and call it a night, but it’s also tempting to go out like the good old days before I started to develop hangovers from just a couple of shots. However, the site of clown masks and gruesome makeup still makes me uneasy even as an adult. It seems some fears never leave us, so here is a list of how a lot of our childhood fears have developed into something more as we grew older.

Then:  The monsters under the bed were real. The closet door had to stay closed, and every creek or bump in the night would make me hide under my covers even if it was a thousand degrees outside.

Now:  Some people are still afraid of the dark, but now we understand that most of the things are just in our minds. However, going down into your basement while you hear the creak of the stairs with every step you take is not the most comfortable feeling.

Then:  The scars and bruises didn’t actually hurt that much when you fell off your bike, but you still couldn’t believe you had just survived that traumatizing experience. The best part was that the scrapes heal and we were back on our bikes within the next couple of days not even thinking about the accident.

Now: The majority of us are scared of getting hurt emotionally. A lot of adults like to put on a mask or try to play the game so that they won’t get hurt by others. The worst part of this is that it seemingly takes twice as long to heal and harder to get back in there.

Then: Getting in trouble by a parent, a teacher, or another adult was not fun. However, the punishment never actually turned out as bad as we would have expected it to be.

Now: If you get into trouble at work it could cost you your job and that means that you might have to move into a cardboard box for the next couple of months. The repercussions now seem to be a bit worse than getting a timeout for five minutes.

Then: Getting a needle was not fun, but at least you got a lollipop at the end, which kind of made up for it. Getting your blood work done was also not the most pleasant experience, but your parents would probably take you out for ice cream or something after the whole process was over.

Now: It might be just me but I’m super scared of going to the doctor because who knows what could be wrong with me. All those hours on WebMD just get me so anxious I start cursing the person who created that site.

Then: The moment your mom disappears from your view at the grocery store might have been terrifying. Being a small child in a swarm of giant adults is not the most comforting experience.

Now: Getting lost in life is the scariest. Not knowing what is going to happen in the next couple of years or not having a plan is scary AF. I wish there was a GPS function that maps out most of my 20’s for me.

Then: Moths, spiders, bees were all super scary. The bonus of being a child though is that you usually could just scream and your parents would come and help you out.

Now: You have to do the heavy lifting yourself. If you see a spider in your room, you are the one who has to get rid of it. These are just some of the downfalls to living on your own.

Then: Most likely we were all familiar with the notion of stranger danger when we were growing up. However, a stranger was most intimidating when you were a kid because you never knew if they were out to kidnap you.

Now: They might still be out to kidnap you, but now it’s just intimidating to speak to a random person when you are either calling customer service or just engaging in small talk with your neighbor. Even though you are one of them, interacting with strangers is still not the most pleasant feeling.

As we become adults our fears definitely change. Some of them make a comeback, while others develop into something completely different. All I can say it, adulting is hard and the fears that we had as children now seem like a piece of cake to handle (except the fear of the dark, which I’m still not over especially after watching IT).

18 Things To Do This Summer That Won’t Break Your Bank...