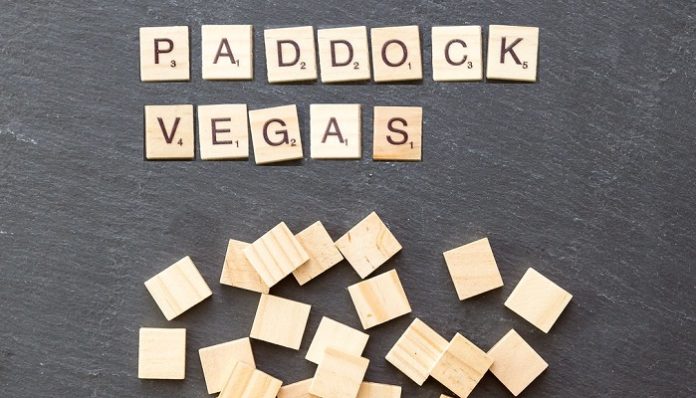 We have all been grieving for the most recent mass shooting in Las Vegas this week. Over 50 dead, and hundreds injured. An unknown shooter, now discovered as Stephen Paddock is responsible for this vicious, evil attack. Stephen Paddock is a terrorist.

What happened at the Mandalay Bay in Las Vegas was not a mass shooting. What happened was a terrorist attack carried out by an American.

According to US media if you commit the deadliest massacre in Las Vegas and not be a foreigner, it's not a "terrorist" attack… pic.twitter.com/ZUQmssxTOc

I repeat Paddock is a terrorist; whether or not the media wants to call him one.

Legal authorities claim they must establish a “motive” for this act before they would define it or consider the terrorist label. Motive? Really?

The definition of terrorism is described as: “unlawful use of force and violence against persons or property to intimidate or coerce a government, the civilian population, or any segment thereof, in furtherance of political or social objectives,” by definition of the federal law. Without any knowledge of an attacker’s motivations, authorities are unable to officially call something an act of terrorism.

Bruce Hoffman, an expert on terrorism who serves as Georgetown University’s director of security studies, told Business Insider, “We have the tendency to label anything we abhor as terrorism. But the fact is, even if it may cause terror and generate profound fear and anxiety, it’s the political motive that is salient in determining whether it’s an act of terrorism.”

Is that your excuse to cover up that you won’t call him a terrorist because he’s white?

Whatever happened to other incidents within the country?

Is that why Kiera’s ambitious chemistry project in her high school lab lead to bomb accusations and her arrest? Is that why when Ahmed, an aspiring engineer tried to impress his teacher with his Innovative alarm clock the police was called because they thought it was a bomb or “threatening”? Is that why when Khairuldeen spoke in Arabic on an airplane to his father it was cause for his removal and questioning by the FBI?

The motives of these kids deemed irrelevant and were slapped with terrorism accusations because they weren’t white. Their lives forever changed.

“Terrorist” is NOT synonymous or reserved for PoC.

No. You don’t get to do that sh*t, not when these processes look so disturbingly different when it’s a person of color in question. You don’t get to craft Paddock in a way that distances him from media’s portrayal of “typical terrorists” because it doesn’t serve your white nationalism or align with western values.

Paddock is a terrorist.

Featured image via macroverch / CC BY

4 Pieces Of Advice To Read If You Want To Succeed...