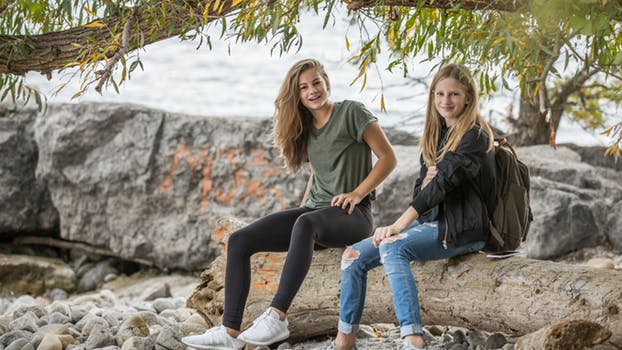 I believe healthy female friendships are the best relationships for self-development, building self-esteem and confidence — and a great practice field for improving our communication skills for all relationships in love and life.

However, when the relationship is toxic, all of those benefits can quickly reverse, leaving us questioning everything we thought we were making progress with, including mental, emotional, physical and career health.

A true gal pal is someone you feel comfortable confiding in, and who appreciates you for who you are — not just for the things you do for her. She has your back and you have hers. You share core values, like honesty, integrity, and gratitude; these are things you truly want and expect in a friend, and what you provide to her as well.

Good female friends grow to be better people and live their lives with higher self-esteem and greater confidence, strengthening their romantic relationships and family ties as well. The benefits of a healthy women friendship are numerous.

Frenemies, on the other hand, are toxic and detrimental friendships that usually develop over time, usually after the toxic person becomes a trusted friend.

They are enemies masquerading as friends and can wear down your self-esteem, leaving you doubting yourself in areas where you previously exuded confidence. This toxicity can stall or put your self-development in reverse, instilling doubt and fear that you have any value, or are appreciated at all.

When we see another woman, we judge and compare automatically. She is a reflection of us. Is she thinner, more successful, happier or wearing better clothes? When we’re not where we think we should be in life, love, health or career, and we see a woman who looks like she has it together (whether she does or not isn’t the issue), we feel a tinge of discomfort because of our insecurity or low self esteem in that area.

All women have some degree of low self-esteem (how we see, think about and feel about ourselves) and raising it can be a lifetime journey.

Insecure women feel threatened by confident women, but they won’t admit it because low self-esteem does not lend itself to being open and honest. Instead, they may stay completely quiet and beat themselves up internally for not being good enough, or lash out in toxic behavior. If so, they may have the mindset of, “I may not feel as together as you look but I can drop you down to my level with one unkind word, and then I will have company in my misery.” A woman with healthier self-esteem, who’s on a self-development track, would rather model the example of the together-looking woman, and visualize herself in that position, feeling what it would be like.

Not all friends who feel out of control or insecure will attack. If they are emotionally healthy, they will strive to better themselves instead.

Frenemies can be drama queens. They create a dramatic play, requiring actors and an audience so they draw more people in, often embarrassing or insulting you (their friend) in the process. A frenemy needs attention and validation, and her constant need for approval is exhausting. She is toxic and may either guilt you into hanging around by saying you’re her only friend or telling you how many other friends she has (she doesn’t, really) so you feel that if you don’t like her, maybe there’s something wrong with you.

The bright side of this behavior she exhibits is this: when you stop participating, watching or allowing her to drag you into her drama, she’ll move on to someone else who will provide that power-fix.

The benefits of having had frenemies are many. You now know how to identify a toxic friend and understand why they attack.

You know how it feels to have your values trampled on, and can catch it earlier in the future to stand strong in what you want and believe is appropriate for you. In addition to getting very clear on what you look for in a friend, you are in a more positive state and will attract more positive-minded people into your life and love life.

Your family ties may improve as you no longer put up with the attacker mindset, and you catch yourself on your vulnerable days before you plot an attack of your own — however small and seemingly unconscious it may appear. You’ll be sure not to be a frenemy yourself.

Releasing frenemies can be easier than you may have thought — but now you have learned what makes them tick.

Now that you realize they are not your friend, you can either make yourself unavailable to them by having other plans or telling them you feel the need to move on to more positive-minded friends. Keeping in mind that they see you as an easy, already primed target for their power-fixes and they may attempt to talk you out of it or pacify you with promises and excuses for their bad behavior.

Stick to your guns and refuse to play their game. You are no longer an actor in their dramatic play. You can quit and open up space for a new more appropriate, true friend to enter your life.