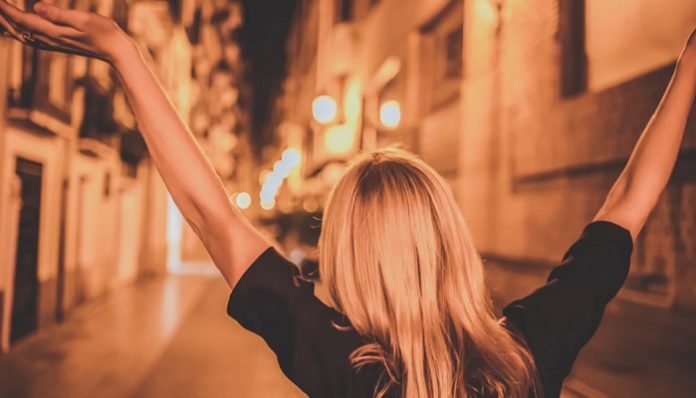 As I quickly approach my 29th birthday again (Shhh don’t tell anyone I’m turning 30), I can’t help but feel as if I’m somewhat of a failure. At least in the eyes of the people who notice that I don’t have a ring on my finger or any prospect of that happening anytime soon.

It doesn’t matter what accomplishments I have made or how happy I am on my own, all they see is that I don’t have someone by my side. It is extremely frustrating, but I always feel as though I have to defend myself and the active choice that I make to be single. Just because I’m not taken, doesn’t mean that something is wrong with me.

It has been almost ten years since someone has called me their girlfriend. Shocking I know. The longest relationship I have chosen to maintain is with a fictional character; 20 years and going strong with Mr. Harry Potter. There have been many schmucks that have come along the way and acted as if I was their girlfriend but were too terrified to put a label on it because actually commitment is a scary thing (Insert eye roll). There have also been many perfect gentlemen that I should have accepted their date offers, but I am not one to take the easy road just to have a night out on the town when I don’t feel a spark. When all’s said and done, I just haven’t found the right person.

But there have also been many times where I was the idiot for the lack of a better word. I should have smelled the “douche cologne” a mile away, but I put a clothespin on my nose and refused to think that they were anything but Prince Charming. I should have walked away when I was being ignored, bullied or cheated on, but instead, I chose to stick around and see how this could play out. Maybe the bad boy would turn it all around for me. Hell, I even lost my marbles a time or two trying to hold a relationship together that was falling apart, just to say I was on the road to a relationship. Why? Because I listened to the awful people around me who made me feel sorry for myself that I was alone.

That is the thing about chronically single people, we have a tendency to do all the wrong things for the wrong people. We look to the wrong people for advice. We chased the wrong relationships. We wait for all the wrong people. We dropped everything to see that person who only sees us as an option. We mold ourselves into the person that we think that they may want, just so we can say we aren’t alone anymore. We try to have this mindset as though we are happy, but in reality, all we are doing is trying to make everyone else happy. In the long run, we just become more unhappy anticipating the judgement.

Lesson to be learned from this: Just because a person has been single for a long time, don’t mean that they are damaged.

For those who judge single people: Think before you speak. A relationship doesn’t make you a sane/stable person, so stop treating single people as if it does. Some make the choice to stay on their own. We all have our own reasons why none of which are your concern. Whatever the case may be for them being single, it is none of your business to rub their faces in it. Leave us be and we will leave you be.