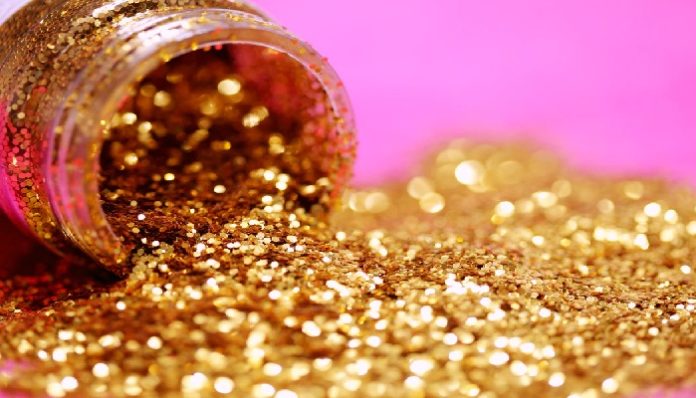 If you are anything like me you didn’t go to Coachella this year.

If you are anything like me you have probably never been to Coachella.

If you are anything like me your general ambivalence over Coachella as a whole doesn’t stop you from seeing all of the annoying “Coachella fashion trends” springing up all over the internet now that the festival has happened again.

So what did this year’s Coachella bring us?

I mean, it’s better than how last year it brought us super-offensive appropriations of Native American culture I guess?

Glitter boobs are, for the uninitiated (so I figure, like, most people), are exactly what they sound like.

Rather than getting up in the morning and preparing to leave your house as you normally do, wearing a shirt and/or a bra under your “clothes,” you will cover your boobs in a festive array of glitter and glue on gemstones.

It’s like a perverted 3-year-old was told to create a fashion innovation. Seriously, I would not be surprised to learn that my 2-year-old godson who is having a tough time weaning came up with this homage to the boob.

Let’s talk about why having glittering boobs (or Disco tits, as I’ve seen them called) is in fact, a terrible idea.

For one thing, glitter and glue and plastic jewels are many things…they are shiny, they are adhesive, they are excellent tools to have handy while scrapbooking or making a diorama for your My Little Ponies.

But they are not clothes.

No matter how much glitter you put on your boobs, your boobs will still be out and exposed. That means that they will catch on things, they can get burned by errant bacon grease, and, god help us all, they will sweat.

Glitter as a product itself should be thrown in a river wearing a pair of cement shoes. It’s terrible. It has tremendous and unfortunate staying power.

Once, when I was 7, I put on some fun glitter eye shadow and I swear to you there are days I still find the odd fleck of the stuff on my eyelid.

Embracing glitter boobs is rejecting living in society. It’s AS bad as getting a full face tattoo. You are telling the world “I don’t give an eff, my tits are out, my glitter’s out, let’s do this,” and while that can-do spirit is admirable, it is also ridiculous.

Put your boobs away. Step away from the glitter. Do us all a favor and for the love of god, just like, wear clothes.