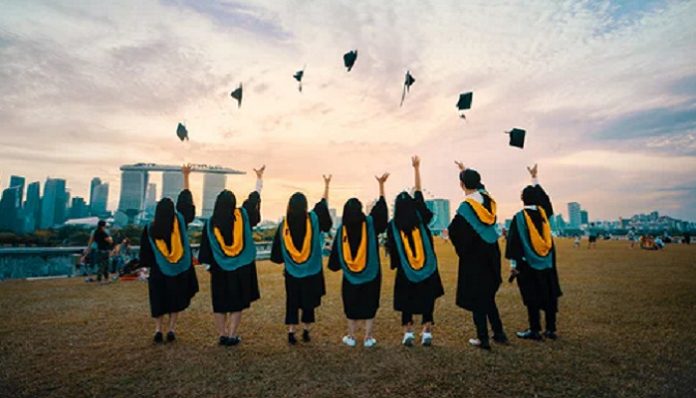 Like any other senior on the brink of graduation, the past couple of months has been filled with reflection and appreciation. As I prepare to write the last final exam of my college career, it’s impossible not to experience that whirlwind of emotions, one that can only be described by the phrase bitter sweet.

I’ve been lucky enough to receive a post-secondary education, an education that has now created opportunities to start my “dream job”, and have met so many people that have inspired me in ways that they probably don’t even realize.

It’s that last piece that I believe will be the most important experience university has provided me with.

Yes, university allowed me to receive a higher education, but it also allowed me to develop an open mind, and quite frankly, this skill of diversity is what I think will be more beneficial in the long run.

Growing up in small suburban town, predictability was the epitome of my childhood. You were raised to marry someone within your culture, same nationality and same religion of course, and then go on to breed more disciplines (or as I refer to them victims) of this suburban plague. Everyone was the same, so it was inevitable that we all grew up living in this fictitious bubble of small town safety and normalcy.

It wasn’t until university that I met people who were of different religions, nationalities, and sexual orientations.

University provided me with culture.

I will never take for granted walking through the student centre and each day passing a new group of students standing up for something they believe in, subtly educating us on the world outside our classroom walls. To these students that were constantly standing up for their beliefs and what they were passionate about, thank you. I’m sure every school has its own version of this social justice demonstration, and I feel as though these students are key to the school’s heartbeat. Thank you for not letting us, the college student body, turn a blind eye and ignore what’s happening in the world simply because we’ve been privileged enough to be engulfed by our own stresses of midterms and internship recruitment.

University provided me with diversity. I was raised Catholic and attended a Catholic school my whole life so unfortunately, I couldn’t tell you a single thing about Judaism until I met a Jewish girl living in my residence in my first year. I can’t even put into words what I have learned about other religions just from interacting with my friends and classmates; to me that knowledge is greater than any accounting exam. I have an appreciation for their religions and understand their norms, and as someone who prides themselves on being culturally intelligent, I would hate to offend someone because of my cultural ignorance. Thanks to university, that ignorance has dissolved.

I understand that these lessons on culture are very dependent on the individual. There’s definitely students that have carried their high school norms onto university; staying with the same friend group, not reaching out and meeting new people. Or some post-secondary institutions are also just not as diverse; maybe your school was specific to a certain religion, or maybe the demographic that was attracted by that school’s recruitment efforts was narrow in scope.

Regardless of the situation I believe that in today’s society cultural intelligence is now becoming the norm- it’s becoming the expectation. Technology has eliminated the excuse of “not knowing”, learning about what is going on in the world, whether it be politically or socially is easier than it has ever been before. So if cultural intelligence is something that your college degree wasn’t able to, or hasn’t provided to you, I’m sorry from the bottom of my heart. Why?

Well for starters, those diverse relationships were some of the more powerful ones I made in university. But more frankly, not graduating with the sense of diversity is basically like graduating one credit shorter than the rest of the world.

Ask Ada: How Do I Celebrate Pride Month If I Feel...