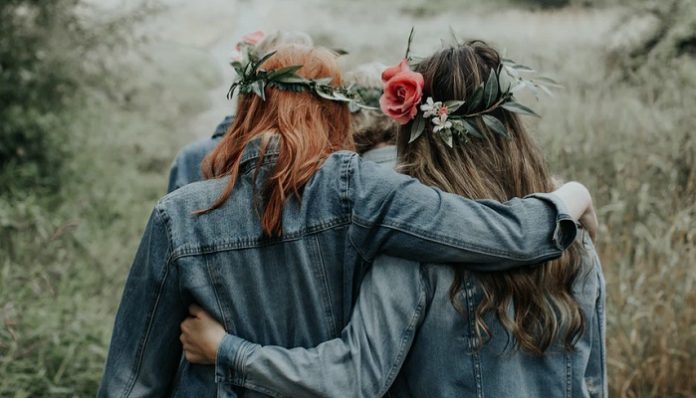 It’s easy to get comfortable in a friendship. When they’ve stuck around for a long time, it gets easier and easier to say things you wouldn’t normally say to people, and sometimes, it gets easier to completely neglect your friends and their feelings.

Being a good friend is important to me. In fact, it’s probably one of the single most important things to me. Not too long ago, when a friend of mine, who is one of the most important people in the world to me, told me that she felt hurt and disrespected by some of the things I had said to her or done, I was heartbroken and so embarrassed.

At first, I thought, “How dare she attack me like this?” Those things that she was hurt by had been said or done in a joking matter and I had no intentions to make her feel that way. It felt like I was defending myself when I told her that it wasn’t how I intended it. And then I realized something very important:

It doesn’t matter if I intended it to be hurtful or not. It doesn’t matter if I felt offended that she was hurt because of a joke I had made. I had no place to tell her she was wrong for feeling hurt. I had no place to tell her that I was right because I made a joke and she was wrong because she took it that way. This wasn’t about me and my feelings at all, because she was trying to convey how I made her feel. The fact of the matter is that I had hurt her and I needed to own up to it instead of passing it off to make it her own problem because it wasn’t her problem; it was mine. I wasn’t the victim here, no matter how much I wanted to be.

Joking around is something I like to do a lot with my friends. Many of my friends and I participate in the activity known as “roasting,” where essentially, we just make fun of each other. I am not offended by much, and it takes a lot of really sensitive shit to hurt my feelings. But often times, I forget that not all people are like me.

Many people are sensitive to an array of things. Many people get their feelings hurt a lot easier than me, and it isn’t wrong and it doesn’t make them weak. It’s who they are. And often times, I take that joking too far and I’m not good at picking up cues that people are hurt unless they outright tell me, which is something that someone really shouldn’t have to do.

I’ve always prided myself on being a good friend. I’m a shoulder to cry on when you need me. I’ll never bail on you on a night of plans. I’ll ask you how you’re doing and I genuinely want to know. I’ll go out of my way to see you, even if my schedule is full. But I wasn’t considering was that one aspect that could really be my downfall in a friendship.

I wasn’t considering other people’s feelings. And it wasn’t because I didn’t care. I care a lot about the people around me and their feelings.  It’s because I didn’t take into consideration that not all people are wired like I am. Not all people can let things just roll off their back, and that’s on me, not them. Sometimes shit is said that can really hit you where it hurts, and no matter how hard you try to shake it, you just can’t, and you’re not wrong for telling someone that they’re being hurtful.

I’m so grateful that that friend was honest with me. It couldn’t have been easy for her. She could’ve very easily just disappeared without a trace and dumped me as a friend. No one wants to tell their friends that they’re treating them like shit. I could’ve taken the conversation a different way than I did. I could’ve brushed it off like it was no big deal. I could’ve told her to fuck off. I could’ve told her it was her own problem. But I didn’t because the friendship was important to me and it was the wake-up call I needed. It made me realize that I needed to re-evaluate how I’m treating my friends, even if it’s the things I don’t even realize I’m doing.