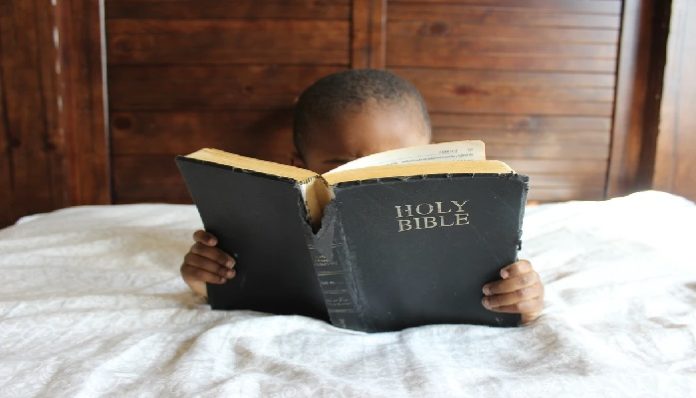 I woke up half asleep to go make coffee. It’s a Saturday morning and I get a knock on my door. Who goes to someone else’s house this early in the morning? My protector of a boyfriend goes to open the door. Because let’s be honest, only a crazy person would be up this early.

“Hi, do you go to church? Most importantly do you know where you are going if you die?”

You’ve got to be freaking kidding me, I think. My boyfriend is no longer allowed to answer the door. How many times have you had this happen? How times have you heard a man yelling at you at the top of his lungs in the name of Jesus? I’m guessing it’s been a few times.

I grew up in the church, and I consider myself a Christian. But, I’m going to let you in on a secret. These people that identify as Christians usually ruin it for everyone else. They give us a bad reputation like we are simple minded, can’t think for ourselves, and are extremely judgmental. With some people I have dealt with, I’d say they are correct. But this isn’t how it’s supposed to be, this isn’t a good representation of Jesus, the bible, or anything it stands for.

I grew up going to church, saying my prayers before bed, and asking for forgiveness for my sins. When you grow up in a certain religion, it’s all you know and that is your normal. But when we move out of the house we get to decide if we keep those beliefs. From a young age, I believed in Jesus and even after moving out I still believed in him. But it’s hard to keep up with your faith when you grow up and have the freedom to choose your own beliefs. Here are some reasons some people struggle when they grow up with religion.

You have to figure out the difference between Faith and rules.

As a Christian, it’s very clear in the Bible that God wants you to have a relationship with him and doesn’t condemn for things that you have done wrong in the past. However, not every person interprets it this way. Organizations can ruin what the truth is, and make everyone feel like you have to follow a certain set of rules. Your whole life, things are shoved in your face. Ideas like don’t have sex until you’re married, dress modestly, and try not to sin in general. It’s like a check list of good and bad, and if you’re mostly doing good things you’re okay. Do you know how tough that is on a child? I still have self-esteem issues because I don’t believe I’m good enough because I’m not perfect because I could never follow all the good rules. Never is this anywhere in the Bible. It’s about being a better person, but God understands that we are human and make mistakes and he forgives us.

Sometimes you feel judged by other people.

I feel a lot of people are driven away by any type of religion because they feel judged. Judged for partying, judged for having sex, judged for having a potty mouth. This is the main reason I left my conservative Christian college because I felt they always judged me. I would walk about looking pretty on a Saturday night and I would hear someone yell “Make good choices!” You know what I wanted to yell back? “F*ck you!” They didn’t know what I was doing, they didn’t know where I was going, yet they felt the need to tell me so. In the bible, God actually instructs his followers to not judge. He tells people that he is the only person that can judge because is the only person who knows what’s actually going on in everyone’s life. If you read the bible, Jesus doesn’t hang out with a bunch of self-righteous religious people. He actually tells those self-righteous people they are the worst hypocrites he’s ever seen! Jesus hangs out with the convicts, the sinners, the outcasts, the people that are looked down upon and the people that were looked down upon at that time.

It seems that it is normal almost expected to get married at a very young age in the church. I think the main reason for this is because they are told you’re not supposed to have sex until you’re married. I think that that is the worst idea in the world. You don’t know who you are at the age, your partner doesn’t either, and you’re probably not even financially dependent at that age. You’re setting yourself up for failure at this point. The sad reality is that a lot of these couples get divorced. They realize they aren’t in love with the same person they were years before. Out of the couples I know that got married young, only one of those couples is still married. I don’t want that. I’ve never wanted that. I want to get married when I have my shit together.

You’re told that some sins are worse than others.

If you grew up in the church or had conservative parents, they tried to ingrain certain ideas in your head. Like there are some sins that are worse than others. In the bible, there isn’t any reference to a small sin or big sin. It is all the same in Jesus’ eyes. It doesn’t matter if you are stealing a cookie from the cookie jar, or having sex before marriage. It’s all the same.

There are a lot of extremists.

You know those crazy preachers on sidewalks? Like the ones that tell you you are going to hell? That is the worst form of “Christianity” I have ever seen in my life. They are not Christians. I repeat they are not Christians. They are simply crazy people. Just like every group has a couple of radicals that no one wants to associate with. Jesus would never approve of someone saying or doing those things. He preached with love and they preach hate. I’m personally sorry if you had to deal with one of those crazies. In no way is that helping anyone or anything. No one likes being screamed at in their face or told what to do, especially by someone who can’t accept each person for their uniqueness.

Simply put, people who follow a religion or have a faith are not perfect. They are going to mess up, but it’s still not an excuse to judge someone, ridicule someone, and in no way is it ever okay to tell someone they are going to hell. So I’m sorry if you have been affected in a negative way by this. I’m sorry if you had a judgmental person tell you something horrible. Because they are a horrible representation of any religion. My biggest struggles with my faith are not with God, but with the people who call themselves his followers. So please don’t confuse a crazy person and God. Take it from me, they are vastly different.