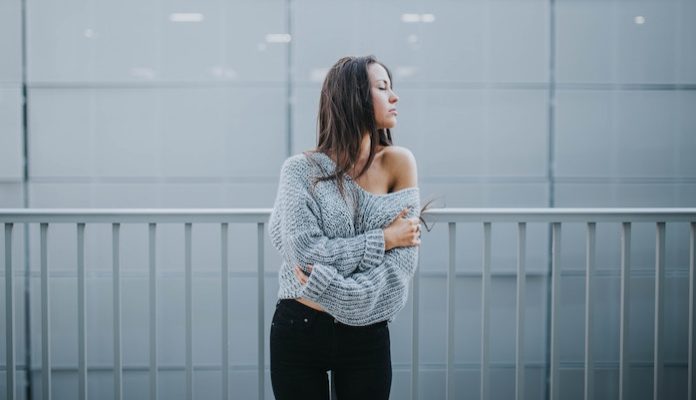 My favorite type of nonfiction are the stories of people whose lives I will never lead: astronauts, surgeons, homeless, dancers, the list goes on. They say you can’t judge a person until you have walked a mile in their shoes. One life I never understood growing up was that of a mistress or unfaithful spouse. My young, inexperienced mind thought, “how could someone with something so great like a marriage throw it away by being unfaithful?”

My life has been driven by love. I exist to give it and I am pained to receive it. I’ve always been a very spiritual person, which exacerbates my problem. It started my first year of college. I was dating a man 4 years my senior who was nice enough, but weak in my eyes. It wasn’t working, so we broke up, then got back together. He was very sweet and gentle but refused to stand up for himself. I didn’t like that I treated him like a doormat, but it was too easy. I found myself getting irritated and disgusted by him, but rather than break up with him, we went on a “break.”

While on the break, I went to a male friend’s house and we ended up kissing and making out. He played me a song on his guitar and I was in love. The next day I called my boyfriend to confess and we broke up. The day after that, my friend who I was utterly infatuated with told me he was pursuing someone else because “I don’t know what it is, but there’s something about her.” In other words, there was something she had that I didn’t have.

My soul was crushed.

This was the beginning of my life as the other woman. Suddenly I had accepted, unknowingly, that I was not good enough to be someone’s only one. I went on a few dates with one guy until he told me he was getting back together with his ex. I fell for another who cheated on his long-distance girlfriend with me for a few weeks and ultimately decided to stay with her.

Then I met him. He was tall and handsome with chocolate brown hair and celestial blue eyes. He told me his girlfriend since high school and he didn’t talk much anymore and that they would probably break up. We had class together and he joined the school club I participated in. We studied for exams together and started spending a lot of time together. He took me on a “date,” but would avoid being in public too often because of his girlfriend. We would get drive-thru food and eat in his car. He would hold my hand and trace “I love you” on my hand with his thumb as he held it. He switched his major and his classes to match mine.

As the days turned to weeks, weeks turned to months. I would occasionally ask him about breaking up with his girlfriend, but there was always an excuse. We were together so long I don’t believe I have ever known someone so deeply and intimately. Our relationship progressed to the point where he once mentioned dreaming about a suicide pact with me. Yet he continued his relationship with his girlfriend. I told him “I am your girlfriend in everything but name.” We had all of our classes together and we spent every day together. He helped me clean my car when it was vandalized and accompanied me to the court to fight a speeding ticket. I accompanied him to the doctor for a colonoscopy. It’s hard to get more intimate than that without doing the deed.

I told myself continually that I would rather have what we had than nothing at all. I tapped the brakes on the situation a few times and he did too, but ultimately this situation continued for about 2 years. We decided to stop talking for some time when his girlfriend finally dumped him, though he called it “mutual.” In the end he said that she had told him that she was his girlfriend in name only.

Apparently, he was so broken up about it that he didn’t want to tell me for a month over Christmas break. He did open up to a mutual friend who had her eyes on him for a few weeks though while he was ghosting me. By this time I was so tired of being chosen second, not good enough to be exclusive that I told him it would be nearly impossible for us to have a healthy relationship starting off the way it did. As a result, he immediately started dating our mutual friend. That day I started thinking about how I could crash my car and die without hurting anyone else.

Another guy coerced me into a sexual situation because he was tired of his girlfriend. I dated a second guy who was also very weak and needy. I cheated on him with two different guys. A third guy I also cheated on. It seemed as though when I got bored or didn’t feel like I was getting what I wanted, I would look for what I wanted somewhere else. But it was more than that. I had to stop and ask myself why I was so unfaithful, why I didn’t have higher expectations and standards for myself. I reveled in honesty and integrity, but there was a big, dark, tar-covered ball of sludge in my heart inside which I was hiding this vice.

Why did I feel as though I couldn’t be the only woman?

Like many women, I have had a low self-esteem from a young age. As women we are expected to look and act a certain way. Know how to do your own hair and make-up, keep up with fashion trends, fit into skinny jeans, have nice handwriting, be kind even when you’re uncomfortable. There is a double standard where men are impressive for having many sexual partners and women are shamed for the very same. Despite my best efforts, I was convinced that since I was already tarnished by being unfaithful that I would never be worth a faithful partner.

I still struggle with low self-esteem and self-doubt. Personally, I started counseling and was diagnosed with moderate anxiety and severe depression. I suspect that I have suffered from this longer than I care to know and self-medicated with affection. As they say in The Perks of Being a Wallflower, “we accept the love we think we deserve,” and I didn’t think I deserved much. I don’t claim to speak for everyone who has ever been the other woman or has cheated on their spouse or significant other, but there is hope. For me, I receive regular counseling and became more aware of my mental health. I am more vigilant about maintaining my self-esteem and expecting more for myself.

If you have been the victim of a relationship with an unfaithful partner, you have every right to be hurt, angry, and to feel inadequate. I assure you, you are not inadequate. The only person responsible for cheating is the cheater. From the regretful heart of the unfaithful, I urge you to give more grace than you would like to—to your partner and “the other”—even though they don’t deserve it. Forgiveness will lead to greater peace. In the words of Maya Angelou, forgiveness is “one of the greatest gifts you can give yourself.” Even if they’ve never said they’re sorry, on behalf of those who have been unfaithful, I am sorry.