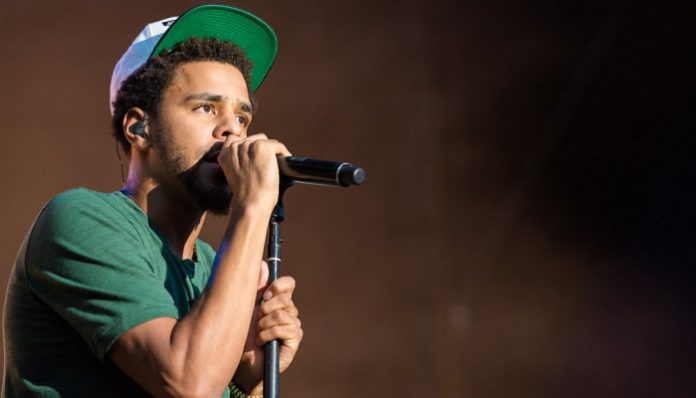 It’s been two years since J. Cole released 2014 Forest Hills Drive and since then, I’ve been craving; no, starving for anything with J. Cole in it. If there are any songs that other rappers released that featured J. Cole in, you bet your bottom dollar that I’m listening to it. And after two years of this starvation, my favorite rapper finally released another masterpiece: 4 Your Eyez Only. I have been listening to it ever since it came out, and let me tell you something – it’ll make you feel so many things at once

I know this isn’t an actual emotion, but damn, if your favorite musician released a new album, wouldn’t you feel this at the moment of finding out to listening to it for the first time?! Yes, I think you would. From the first beat to the last line, I was in awe of J. Cole’s artwork and vision.

Much like his previous album, J. Cole is paying tribute to the Black Lives Movement and the sufferings of the Blacks in today’s society. He is spitting truth in his song, “Immortal” with lyrics that will make everyone realize the abrasive behaviors of others towards the Black community. He raps “Have you ever seen your brother go to prison as you cry? / Have you ever seen a motherf*cking ribbon in the sky? / Nope!” as a montage to the pain and struggles the Blacks are continuously and repetitively going through.

If you listen to his lyrics carefully and not just rap along because you think it sounds ‘cool’, then you’ll realize how angry J. Cole is, and you might be as well. He is a storyteller who tells stories of pain, suffering, agony, and mercy. Much like his song “Immortal,” “Neighbors” tells the stories of “Black people everyday struggles”. With lyrics like, “Somethings you can’t escape / Death, taxes and a rape / Since society did make / Every n*gga feel like a candidate,” the song and the whole album will not only open your eyes and ears about their pain, but it will also make you angry; it’ll make you want for justice to be served and equality to be applied properly.

In “For Whom The Bell Tolls,” J. Cole raps, “I’m searching and praying and hoping for something / I know I’m gon’ see it, I know that’s comin’, lord…” He’s ultimately telling his audience how low he’s been feeling, probably about his career or about the issues in the world, and empowers himself and others by saying that he can overcome it, even when it’s raining and the bells are tolling.

Although the song has a lot of thematic content that focuses on Black issues and struggles, J. Cole also gives light to his love life and daughter. In the songs “She’s Mine, Pt. 1” and “She’s Mine, Pt. 2,” he tells the love story of his relationship with his wife, which continued on to part 2 with the birth of their daughter. J. Cole is happy and gleaming through the lyrics as he sings, “Catch me, I’ve fallen in love for the first time / For you, I’d drop the tough guy shit” and it’s kind of a good break from all the serious songs on his album. And I mean, I’m kinda jealous but, hey, as long as he’s happy… I guess, I’m happy too?

4 Your Eyez Only by J. Cole creates a lot of emotion and becomes this tool for a proactive conversation about Black struggles. He’s definitely made me realize a lot of things in this album, and also made me fall in love, even though, I’m “single since birth.” This album just justifies my ever-lasting and deep love for J. Cole.

How To Be Supportive When Talking To A Sexual Assault Survivor