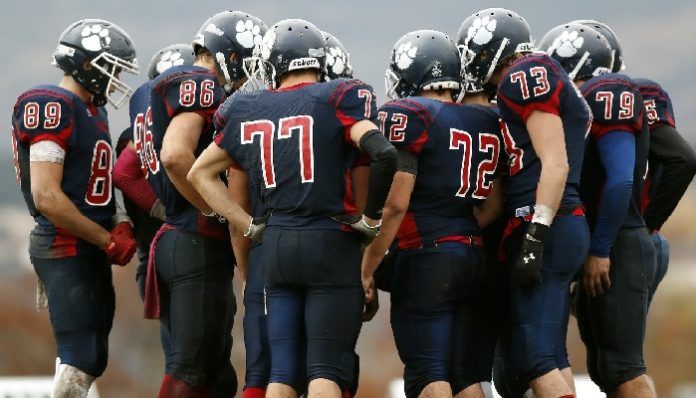 I learned the true definition of a team my last week of my college career. We had an extremely tough practice at the beginning of last week. We were drained, mentally and physically, but we knew we had to push through. Our mentality didn’t stop us from standing proudly side-by-side through all of it.

My team stood together completely through our running, we sprinted through every end line. We cheered each other on when we could barely breathe in the 70-degree weather. But we kept going, we kept pushing ourselves for each other. We knew the times our coach gave us were impossible, we were set up to fail, but we kept trying anyway. I watched every single one of my teammates bust their ass, not for themselves, but for the girl next to them.

After we passed our running times we continued with practice and drills. Even though we already had running as a punishment earlier that practice, the last five people to finish a drill had another punishment on top of that. Which turned out to be more running after everything we just did. When those five teammates got on the line to run, one by one we all joined them.

One by one we ran to the line until all of my teammates started jogging toward the line. It wasn’t like a normal punishment when everyone joins in, there was a different feeling connected to this moment. Each person realized what we were doing and made her way to the line. There was only silence and a certain look in everyone’s eye that said “I’m doing this for you.” I wish I could put in words the emotion that was running through each of us, but it’s deeper than words. The vibe on the field was indescribable. Every person stood on that line with pride, looking at each other, knowing that we were doing it for each other.

We did it knowing that no matter what that we couldn’t be torn apart and that is the most powerful feeling in the world. We stood side-by-side without any hesitation, with our heads held high and pride in our hearts. If one of us had to run then we all did because if one of us was being punished we were all being punished. If one of us was suffering, we were all suffering together because a team is only as strong as our weakest link, and no one gets left behind on or off the field.

We stood on the line until the whistle blew to run our sprints and we did, together, as one. It was one of the most moving things I have ever been part of. I have never been more proud of a team in my life. No one wanted to run, but more than that, no one wanted to watch the rest of our teammates struggle alone.

I had tears building in my eyes after we ran, the immense amount of heart I felt for these girls by my side was incomparable. I couldn’t have been blessed with a greater team and greater people in my life.

It was at that moment I realized what being willing to do anything for a teammate meant. It was in those sprints that I realized how deep the meaning of teammates was on our team. I ran every sprint for my teammates, I push myself for my teammates and I believe in each of my teammates. A team is being part of something so much bigger than yourself because we couldn’t be as good alone as we are together. Being part of a team means you protect them and stand by them through the good and the bad because you know they would do the same for you. And more than anything that is what I saw and there is no better way to walk off the field the last week of my career knowing that.