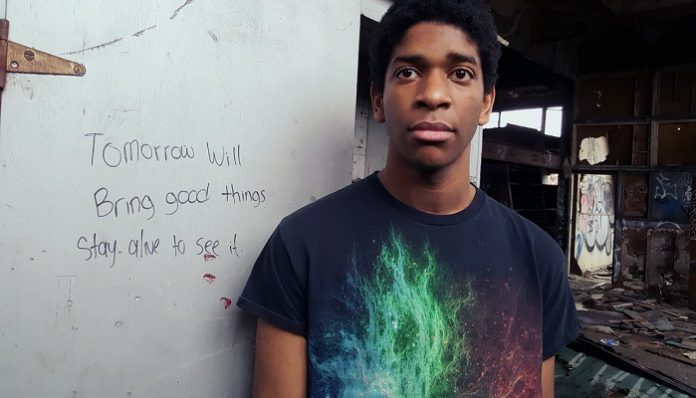 “More than 800,000 people die by suicide around the world every single year. The numbers are hard to fathom, and they don’t even begin to tell the stories. These are fathers, sons, sisters, brothers, mothers, cousins, classmates, and friends. And millions more are sent into mourning.”
– TWLOHA

To Write Love On Her Arms is a non-profit organization and movement dedicated to presenting a hope and a light and finding help for those who struggle with depression, addiction, self-harm, and suicide. It’s a company whose message has saved the lives of many and continue to inspire those of all ages.

World Suicide Prevention Day is Saturday and it’s more important than ever to start a conversation. Society sees it as taboo to talk about, but mental illness is nothing to be ashamed of, and neither is sharing your story. At 16, I watched the world go dark.

At 16, I wasn’t sure if I wanted to be around for when the sun finally broke through again. But at 21, I’m still here. I’m breathing and existing, but most importantly, I’m living.

Every year, for World Suicide Prevention Day, TWLOHA launches a campaign dedicated to bringing a bigger awareness to the cause. Two years ago, it was “No One Else Can Play Your Part” – the most successful campaign in their history. Last year, it was “We’ll See You Tomorrow” and this year, it’s #IKeptLiving – a hashtag that has taken over Twitter, Instagram, and Tumblr with an influx of posts and pictures. These stories are 140 characters of hope and forgiveness laced with a new appreciation for life. They are tidbits of people who have seen darkness but fought their way out, who have wanted to end it, but found a way to begin again.

If you haven’t taken a look at the thread, I highly encourage you to do so. At times, especially when dealing with a mental illness, we tend to feel alone – like we’re the only ones who have ever felt this way. But this hashtag proves we aren’t and we never will be. There is always someone who is willing to try to understand, always someone who has been through what you have and has come out on the other side, always someone there to help you fight, always someone who won’t ever let you go through it alone.

If you or someone you know is struggling with depression, addiction, self-harm, or suicidal tendencies/thoughts, please reach out. Don’t ever let the idea that you have to be strong stop you from living your life. Don’t ever let someone else tell you that what you’re feeling isn’t validated. Don’t ever let yourself believe that you aren’t worth better days because of what the voices in your head have told you.

The heart of this campaign is to ask you to keep going – no matter what kind of day you’ve had. That you stay and fight and learn to rest while others fight for you. That you recover and let yourself recover.

Your story isn’t over yet and neither is mine. Let’s share them together. Let’s keep going.
Let’s keep living.

Originally published on The Kady Diaries