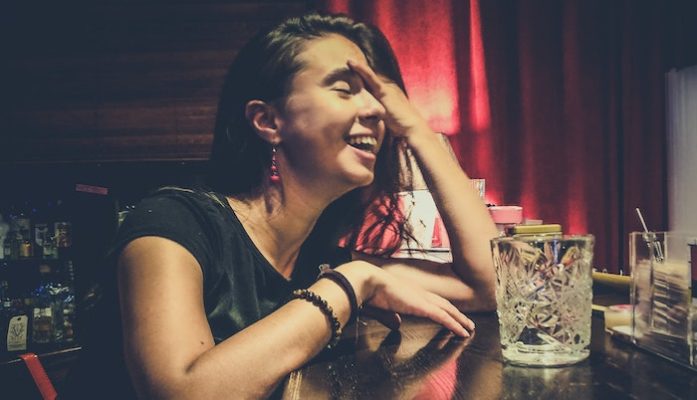 Growing up, I learned that going out was a horror film where I was being set up to be abducted and raped. I would have to watch out at parties, because someone might try to put something in my drink, or try to get me too drunk with terrible intentions. This past New Years, I told my dad I was heading to party at my friend’s frat, and he said, “I don’t know if you’re going to drink there, but if you do, just remember to not leave your drink around. Always take it with you.” I can’t take his advice with a grain of salt, because unfortunately, it’s all too true. Not to mention that I’ve been hearing this since forever, that we’ve all been hearing this forever. We live in a culture where women have to watch out for themselves and each other. Where we’re told all these ways to avoid danger rather than feeling secure in the fact that people should know not to cause us danger.

I’ve seen so many articles regarding how to avoid spiked drinks, but none targeting the people who actually spike the drinks. Some of the things we’re told to do include keeping our hand over our drink, watching the bartender make it, not sharing drinks with anyone, drinking from unopened glass bottles, inspecting the drink for obvious signs of spiking, and so many, many more. But, why do we have to take these precautions?

Shouldn’t we be able to feel safe without having to always feel anxious about potential danger? Why is it, “Cover your drink” rather than, “Don’t drug people”?

In many of these situations, the consequences for drugging someone are minimal, as it’s difficult to prosecute for drink spiking. The reason is those who drink something that’s been tampered with usually have a fuzzy or non-existent memory of what happened. By the time the incident is reported, the drugs will already be out of their system, so authorities overlook many of these situations. Not only that, but most of the time it’s done by someone who the person doesn’t know very well, and who can easily run away from the situation without ever having been spotted.

Take Maria Treme for example, a 30-year-old woman from New Orleans who was roofied by an unknown suspect while drinking with her friend at their local country club. She told channel 4 news that when she woke up, she immediately knew she had been drugged, as she knows her limits with drinking and can usually remember events from the night before. Eyewitnesses claimed she engaged in sexual intercourse at the club with two different men and went home with another, however there’s no evidence as to who put the drug in her drink. Not only is this a perfect example of someone getting away with such a heinous crime, but also the perfect example to prove that it doesn’t just happen at parties.

It makes me unbelievably angry to have to sit here and listen to “Watch your drink” when there are people out there who think it’s okay to do shit like this, and even angrier that many can get away with it so easily. Why has this become a norm for our generation? It’s become so normal that it’s plastered all around us in pop-culture. For example, Bloomingdale’s marketing team in the recent controversy regarding their ad about spiking your best friend’s eggnog.

Can we stop making it normal to be scared of going to clubs and bars for fear of being drugged? Let’s break from this idea that our safety can only be determined by what we do to stay safe. Let it be determined by what everyone can do to keep us safe.
Ladies, take a break. Gentlemen, watch your behavior.

I Used To Be Terrified Of The “Baggage” I Would Bring...