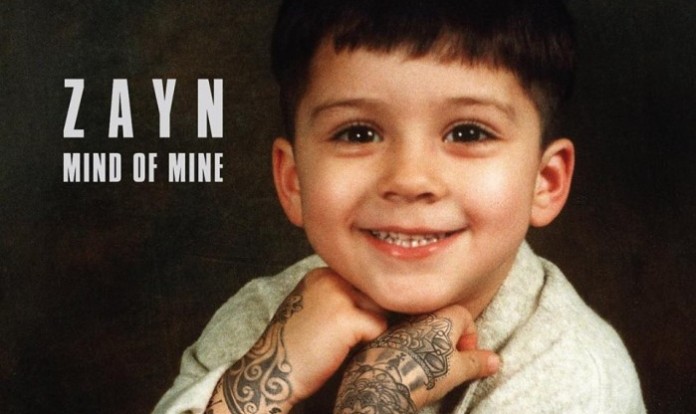 Former One Direction babe Zayn Malik dropped his first full-length solo album Mind of Mine this Friday to largely positive reviews. His first single, “PILLOWTALK,” charted higher and longer than any 1-D single ever has – and has been on repeat in my bedroom for weeks. My personal fave on the album is “sHe.”

The 14-track album sounds sultry and mellow – the kind of the thing you put on when you either want to feel melancholy on your drive home or when you want to put the moves on a new man, like Frank Ocean or Lana Del Rey. Yet, when you stop and listen to the *words* Zayn is oh-so-sexily singing, you realize he sounds like a middle school boy acting like he has had sex before: overcompensating, trying to sound cool, and not making much sense.

“Zayn Malik has had sex. But he doesn’t just want that fact to be implied in his lyrics or ingrained in his music. The 23-year-old ex-One Direction member wears it like a Boy Scout badge.”

I listened to Mind of Mine on repeat all weekend – trying to catch every hilarious metaphor and non-sense suggestion. Here are my top 11 moments you’ll love to hate.

1. First of all, why does every song title look like my AIM screen name?

Who doesn’t remember the heinous days of middle school – when your AIM away message wasn’t complete unLeSs iT WaS wRiTteN LiKE tHiS? Zayn apparently thinks this is still socially acceptable, including tracks like, “MiNd of MiNdd” and “BeFoUr.”

2. Never start ANYTHING with the command, “Climb on board.”

3. Who would describe their sex life as a “war zone”?

Even if – for whatever weird reason – you would call your bedroom a “war zone,” *why* would you publicize it?

I also can’t believe I just typed “iT’s YoU” like that.

5. Some of these lines are just melodramatic NONSENSE.

Take a listen to the opening lines of “BeFoUr” for instance:

Who *doesn’t* drink to get drunk? And which wrongs lead to the rights that you want? And can we define “funk”?

6. “dRuNk” looks like what I would have made my middle school away message when I was trying to be cool.

On the up side, it sounds like an 80s electronic love ballad.

7. When I heard the line, “I’ll get her wetter than ever,” I (temporarily) gave up on the album altogether.

And threw my computer across the room.

8. Kehlani, though, has the voice of an angel.

But even that can’t redeem “wRoNg.” Lines like, “Clothes off ’cause she’s so soft,” will be burned into my psyche for the rest of my sexual experiences.

Seriously, can we cut this capitalization sh*t?

That’s the first time I heard that.

How much more of this can I take?

Though we all know some of Zayn’s newest tracks will be played on repeat throughout the rest of the spring, you’ve gotta admit: the kid is a little full of sh*t. You just can’t make up lines like, “F*cking and fighting: it’s a paradise, and it’s a war zone.”

That just doesn’t mean anything!

Though the whole album sounds sexy as hell, maybe just don’t listen *too closely* to the words. There’s nothing more distracting when you’re with your boo thang than laughing at goofy lyrics.

5 Ways To Strengthen Your Relationship So Nothing Can Break You...