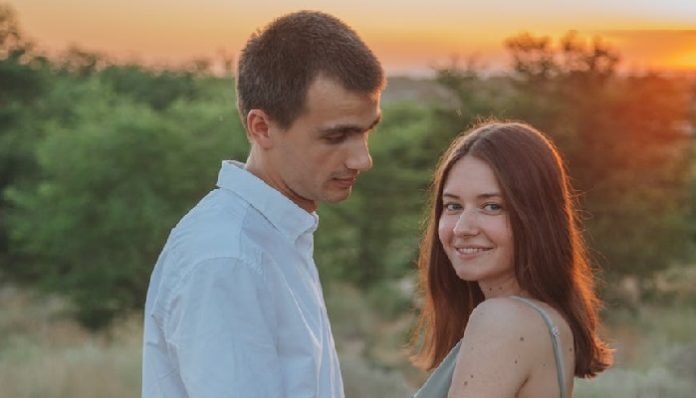 There are so many unwritten rules and boundaries to modern dating, it can all get a bit hard to understand sometimes. You can’t date unless you’ve been single for a specific amount of time, you have to go on a certain number of dates before you sleep together, and you can’t ask out certain men at all. Why does it have to be so complicated?

A lot of my friends have talked about guys they’ve liked, and when I ask why they don’t just make a move, they tell me they can’t do it, because he’s “‘off-limits.” But, what makes a person off-limits to us?

I asked my fellow girls what they think:

Is a guy off-limits if he’s just gotten out of a relationship?

‘Definitely. If he’s left them for you, he’s going to leave you for someone else. You need to let someone get used to being out of one relationship before they can jump into another.’

‘Do you want to be a rebound? Of course not.’

When he’s one of your friends exes?

‘Your friend’s ex is always off-limits. ALWAYS. If they ended badly, you should hate him like your friend does. If they ended amicably you risk making things awkward again.’

‘It all depends how they ended. If he was a dick to your friend, definitely not. And if she’s still not quite over him, he’s the most off-limits guy in the world.’

‘Awkward as f*ck, totally off-limits! I know friends share everything but this is just wrong. Everything you’ve seen and done your friend has done too, and both of you will know that. And if he starts saying you’re the best girlfriend he’s ever had, how will your friend feel? Is it really worth it?’

When one of your friends likes him too?

‘Off-limits. Completely. You don’t ever make your friends upset because you want to date someone.’

‘It depends who liked him first!’

Is he off-limits if he’s in a bad relationship?

‘Completely, 100% off-limits. He’s in a relationship, whether he’s happy in it or not. That’s somebody’s boyfriend and you have no right to try to and get with him’

‘He’s taken. It doesn’t matter whether he’s happy or not, he’s taken.’

When he’s hooked up with one of your friends?

‘If it was just a casual hook-up, it’s totally fine. If they were just sleeping together, and there was no L-Bombs, there’s no hard feelings.’

‘It’s just sex. As long as you’re okay with the fact he’s slept with your mates, that is.’

‘It’s kind of a grey area, cause they were still involved with your friend. If your friend is fine with it, and you can get over the awkwardness then just go for it!’

Is he off-limits when he’s a lot older than you?

‘It all depends on what age you are. When I was 17, I was dating a 27-year-old and I thought it was fine. But looking back at it, it didn’t seem right. I was still in college, and I shouldn’t have been with someone who was nearly thirty. If you’re both adults, age isn’t an issue. But anyone with an age gap that gives a gap in maturity just should be off-limits!’

‘when it means you’re at different points in your life, you should stay away cause that just doesn’t work.’

Is a boss, or a teacher off-limits?

‘Yes, always, 100%, definitely. That is the ultimate no-go zone. Just think about how badly that could end.’

‘It’s hot, and it’s worth a fantasy or two. But it’s also stupid. Never, ever, date your teacher.’

‘It’s all about the situation. If you both honestly like each other, and you can still be professional then why not?’

In my opinion? I think someone is off-limits if they’re taken. I wouldn’t want someone to take my boyfriend away from me, so I wouldn’t do it to someone else. Also, I would never try to take somebody my friend likes, it’s never worth losing a friend just to get a guy. Other than that, I don’t think there’s such a thing as being off-limits.

So, is he ever really off-limits? If you really want to know, just ask yourself ‘Is he worth it?’