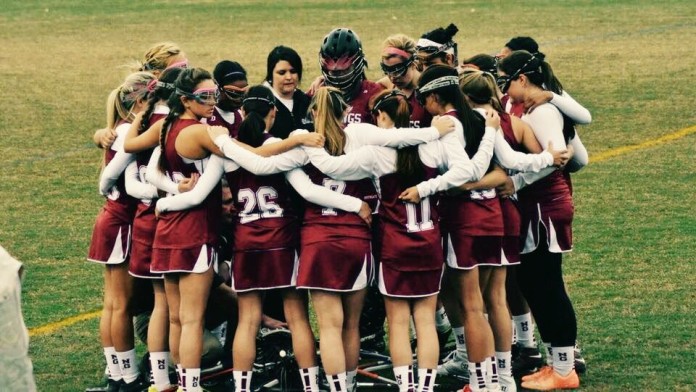 “Lacrosse should set your heart on fire!”

That’s what I heard my senior year when my coach told me I was not passionate enough about the sport to have a starting position. “Look at Amy over there. She has more passion for the sport than all of you seniors combined.” She also just so happened to be the coach’s favorite because she was not afraid to miss the goal. It also helped that she was notably fast because she had run cross-country since she could walk.

During one game, one of my senior teammates, ran off the field in the middle of the game and through her stick against a bench. I was honestly surprised that the stick didn’t snap in half right then and there from the impact. But I was more surprised when the coaches praised her instead of labeling her “unsportsmanlike.” They saw this outburst as “the right kind of passion that would get us a win.” She started the rest of our games.

When I tried out for lacrosse my freshman year, the coach told me the team needed people who would be dedicated and willing to put lacrosse first. I did that, so I thought. I went to every practice, every 6:00 AM conditioning, and every game. I missed one practice the whole four years I played. Practice was everyday. It was two hours every afternoon. I put in the time. I was dedicated.

So, why my senior year, was a sophomore starting ahead of me? Why wasn’t I starting in every varsity game? The bigger question was: why were half of the seniors on the sidelines when the sophomores were on the field? And why should we even care? As seniors, about to leave for college, it shouldn’t matter. Right?

The problem was we still cared – we cared a lot. Just not really about the game itself anymore. We cared about our teammates and the legacy we would leave behind. The team was our family and when we were sitting on the sidelines, it felt like we were letting them down. Looking ahead at the big picture, we all knew that we were going to leave them soon anyway. But while we were still around, it felt like we needed to help them in any way we could.

I eventually came to understand why this occurred. Our coach liked the younger girls more than the seniors because the younger ones still had potential to be great. By the time you are a senior you are either a rock star or a water girl. No questions about it. You either start every varsity game or you barely play three minutes. You either have a heart of fire for lacrosse or you have been completely burnt out.

In my coach’s eyes, I must have been a burn out. But I love lacrosse. Just not the way he wanted me too. I love lacrosse for the relationships I made with my team and for the bonds that having a team develops. I love lacrosse for the 6:00 AM bonding moments over push-ups with Maggie, the midnight bus rides back from that game all the way in Atlanta with Ash sitting right next to me, and for the obnoxious inside jokes that only our team would understand. Sometime around junior year I realized the people were my passion instead of the sport itself.

My team was my family.

And they taught me more than the sport itself ever could. Running quick-stick drills didn’t teach me how to be there for a teammate when their world got turned upside-down. Cross-Field passing isn’t what taught me that sometimes all anyone needs is someone who understands and can tell you it will get better. So why in the world would I care more about a sport when it was the people who taught me everything?

Lacrosse will always have its special place in me. My team affected my life in more ways than I can probably wrap my mind around. They are a large part of the reason I am who I am. And even if my coach didn’t believe i was passionate enough to start, I know that my real passion is what kept me going at practices and during the games, when we were down twenty points.

The sport wouldn’t even matter if there wasn’t a team to play it. So as far as I’m concerned I placed my dedication in the right area. I was dedicated to my team because they were the living, breathing pieces that made the sport so amazing.

5 Things You Should Do When Stress Takes Over Your Life