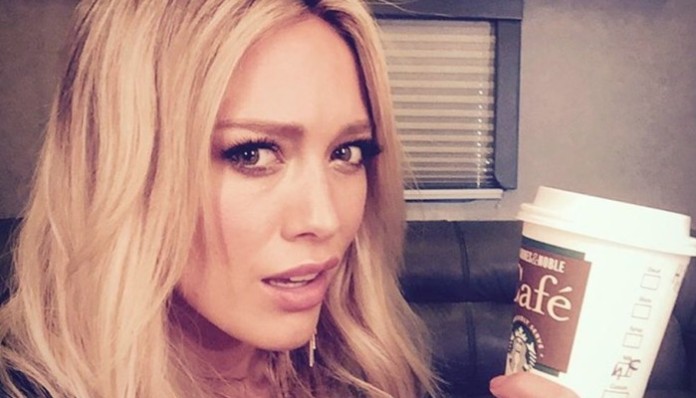 Hilary Duff is a queen. She’s fierce, fun, and has a formidable following. Since her days as the quirky Lizzie on Lizzie McGuire, she’s been in the spotlight as a woman worth admiring. She’s been in Hollywood since her youth. Her first major gig was playing the titular role of “Wendy” in Casper and Wendy.

She went from TV screens to the silver screen throughout her career, and she leads her life as a fashion icon and writer of the popular Elixir book series. Hilary Duff is a sweet empowered young woman who has maintained a level head, a steady career, and managed to evolve into a well-respected Hollywood actress and mother.

If that’s not reason enough, here are eleven other reasons why Hilary Duff should be your #WCW every week:

Though extremely popular, Hilary Duff leads a fairly private life. She keeps to herself, works hard, loves her son, and does whatever it takes to live a good life. Living for happiness is an incredibly hard task, but she takes on the process with a bright smile. She seems to live a simple life with bits of wild adventure thrown in.

She managed the transition from child star to adult actress with minimal outbursts. She’s not on drugs. She hasn’t sunk eyeball-deep into debt. And she’s managed to successfully climb out of her vehicles. Though she portrayed the clumsy and puberty-addled teenager on Lizzie McGuire, Hilary Duff made her way into adulthood with style and class.

She was never afraid of change, but she always stayed true to herself. Hilary went from Disney princess to punk-rock and then she hit her stride as a musician with a pop influence. She grew from roles as an awkward teen to her current role in Younger, where she works as an up-and-coming book editor. Duff took roles that challenged her, but she never let anyone else dictate who she was as a person.

Even when she’s shooting someone a bitch-face, she still looks adorable. It’d be hard to stay mad at someone who makes such cute expressions.

She upholds feminist ideals. She doesn’t rail against the opposition. Instead, she leads by example. With a kind ear and an open mind, she listens to what people have to say, but then she explains why she doesn’t agree. Hilary Duff isn’t a social justice warrior, but she is a strong woman who believes in fairness.

She isn’t afraid to speak her mind about female body issues. Society is tough on women and even tougher on young girls. She actively speaks out against societal norms of beauty.

A Cinderella Story is still one of her most popular movies to date. The movie made a lot of girls realize that their quirks make them special and that the guy you want to be with will fall in love with your brain, not just your body.

She looks flawless with pastel colored hair. Any woman who can rock lavender hair is worth appreciating.

The song, “This Is What Dreams Are Made Of” is still widely known. It’s the song that randomly comes up on your playlist and everyone in the vicinity collectively loses their minds. Watching her portray a talented but shy adolescent girl overcome her fears is still as powerful now as it was then. It was one of those feel-good moments that people never forget.

She looks amazing in basically everything. She cares about her fitness, understands the need for alcohol sometimes, and does whatever it takes to be a kickass mom even if that means giving up touring forever.

Hilary Duff is one of those unforgettable women. Her positivity, self-respect, and maturity make her an excellent role model for young girls. She leads by example with her behavior. If more young stars followed in her footsteps, Hollywood would be a different place.

Hilary will carry the fame of Lizzie McGuire forever, but everything else she’s done is what has earned her place as #WCW.